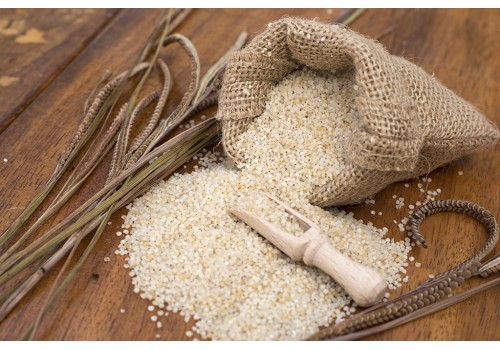 The barnyard millet is a wild seed, mainly grown in the mountainous areas of Uttaranchal, India. This millet is the fastest growing crop, which produces ripe grains at intervals forty five days under climatic conditions. Nutritionally, barnyard millet is a vital crop. It’s a good supply of protein, that is extremely digestible and is an excellent source of dietary fiber with sensible amounts of soluble and insoluble fractions. The carbohydrate content is low and slowly digestible, which makes the barnyard millet a natural designer food. 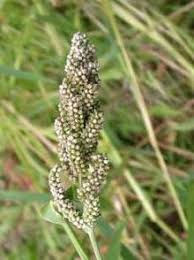 * It is gluten free food.

*It does not contain sodium (good news for your heart and blood pressure).

*It is good source of essential minerals such as phosphorus and zinc  which gives energy  and nurture to your bones.

* It contains vitamin A, C, E which are essential for overall health and immunity.

* In India  it is a popular ingredient during Navratri.

* Low in calories:  It is a good source of highly digestive protein and sometime is least caloric dense compared to all other cereals. It is a grain which makes one feel light and energetic after consuming. A serving of barnyard millet (25g raw) gives 75 calories and 1.5g protein.

* Barnyard for diabetics:  A study published in the in the Journal of Food  Science and Technology that supplementation of barnyard millets among diabetics for a period of one week can reduce blood sugar levels. It improves carbohydrate tolerance among diabetics and non diabetics by significantly reducing fasting plasma glucose level. 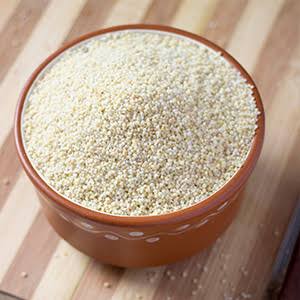 * Rich in fiber: It is an excellent source of dietary fiber with a good amount of both soluble (4.2%) and insoluble (8.4%) fractions. The grain has the highest amount of fiber in comparison to other grains and millets with a serve providing 2.4 grams of fiber.

* Good source of iron: According to research on nutrient content millets, some varieties of barnyard millet have shown to certain high amounts of iron(18.6 mg in 100g of raw millet which was the richest amongst all millets and cereal grain.

* Gluten free food:  like all millets the barnyard millet is gluten free. It is an appropriate food for patient who are intolerant to gluten or looking to follow  a gluten free lifestyle which eliminates wheat, barley, rye based food .

How can people include them in their daily life 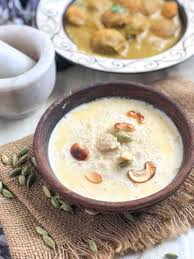 Barnyard millet is desirable for human food because it is easily digestible and gluten free. It can be given as porridge or kheer to babies between six to eight months and as cheela, dosa, idlis for babies above one years and toddlers. It can be added to chappati dough , idli or dosa batter. Whole barnyard milltes are commonly   used to prepare upma, khichdi and pulav especially during the fasting days.