Saga Dawa is one of the most important festivals in a year for the Tibetan Buddhist Monks. A grand celebration of the powers of Lord Buddha, it is celebrated by the monks far and wide across the world. 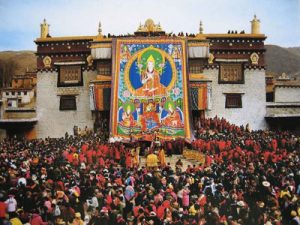 Traditionally, the Saga Dawa referred to the fourth holy month in the lunar Tibetan Calendar. However, the most important day in this month was the full moon day known as Saga Dawa Duchene – and thus over time the festivities were themselves renamed as the Saga Dawa festival. The Saga Dawa Duchene celebrates the birth, life, nirvana and the final death of Lord Buddha- thus liberating him from the cycle of life. 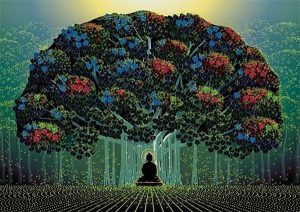 In Tibetan language, Saka refers to a star prominent in the sky during this month (approximately May to June) and Dawa means month. So, the Saga Dawa festival does not refer to a particular day but the whole month which was witness to the most momentous events of the life of Lord Buddha.

For the monks, it is a time to recuperate for past wrongs by doing something good for society and helping others have a beautiful life. Some common activities during this time are:
• Visits to religious and holy sites in Tibet are common during this time as they are meant to pay homage to the great Buddha.

• The pilgrims often tend to circumambulator the shrines, while chanting important mantras such as Om Mani Padme Hum.

• The beggars and other poor people are given alms during this time and thus it is a common sight in Tibet to see streets quite full of beggars- waiting in expectation for clothes, food or money.

• Another common practice of the festival is the lighting of lamps or diyas- traditionally believed to keep away dark spirits and bring positive energies to the house.

• Also, most stringent followers of this festival abstain from having meat during the month of Saga Dawa and also sometimes buy animals from slaughterhouses and set them free. 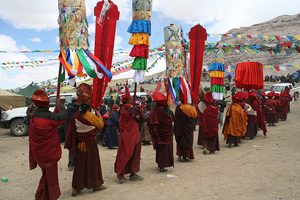 During this holy month, all Buddhists and Tibetans follow the Ashtangika Marga given by Lord Buddha- the eight paths of truth which prevent a man from committing sin in any form or harming other beings upon the earth. Even the schools perform many rituals and events to make the young ones aware of this important month of the year.

However, in recent times the festivities of this holy month of Saga Dawa have been often suborned by the governmental authorities of China, due to certain religious and politically tense situations.