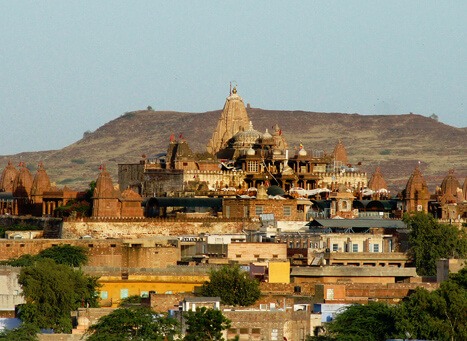 Your devotion to God cannot be measured by taking attendance at a temple but when a temple is Osian temple, you might want to give it a second thought. It is located in the Jodhpur district of central Rajasthan state of India. Ossian is an ancient town, home to the Jats and Rajputs. Osian temples are a show of magnificent cluster from 8th to 11th century of the Brahmanical and Jain temple, the two of the biggest following communities of all times both in India and the world. The cluster is made of 18 temples, out of which only Surya temple and the main temple of Mahavir Jain draws the main attention because of their magnificent architecture and unbelievable finishing. Though the city is believed to be founded by the prince of Pratihara dynasty, the beautiful region which was one of the prime hubs of Brahmans and Jains. Finally, in 1195, the Mohammed of Ghor attacked the city and all that was left was these untouched, sacred and devoted temples.

The city of Ossian also boasts of three Harihara temples. Dedicated to Lord Harihara (A union of Lord Shiva and Lord Vishnu), these temples are built on a raised platform. In the 8th century, the first two temples took their shape, whereas the third temple was built in the 9th century. The whole temples are resplendent with sculptures. The architecture of these temples is a little different and advanced as compared to the other temples of Osian. 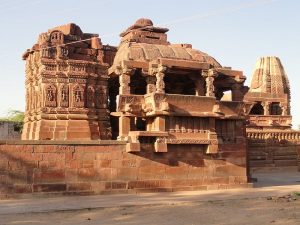 Dedicated to Lord Mahavira, the temple is considered as an important pilgrimage of the Jains. The temple is celebrated for its stunning architecture. The main shrine is sited on a high platform made of sandstone. The sanctum encompasses the idol of Lord Mahavira. In the hall, three balconies make the sanctum well ventilated. 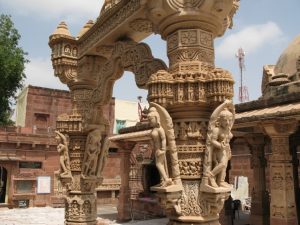 Ossian Surya Temple traces its origin in the 10th century. The structure of the temple is often compared with the Sun Temple at Ranakpur. As the name suggests, this temple is dedicated to Lord Surya or Sun God. The sanctum comprises the striking idol of Lord Surya. The main hall also has the idols of Lord Ganesha and Goddess Durga. The ceiling is wreathed with the images of serpents coiled around lotus flowers. 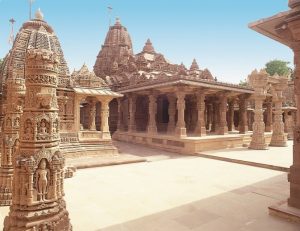 The interiors of the temple are decorated with beautiful images and sculptures of deities from the Hindu pantheon. In the north, a sculpture of Varaha (Incarnation of Lord Vishnu as Boar) embellishes the site, whereas an image of Lakshmi-Vishnu is visible in the east. This ancient temple is a perfect example of the medieval architecture. The artistic genius of the temple is worth seeing. 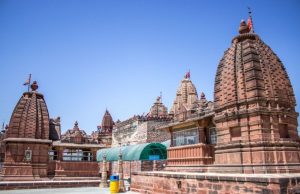