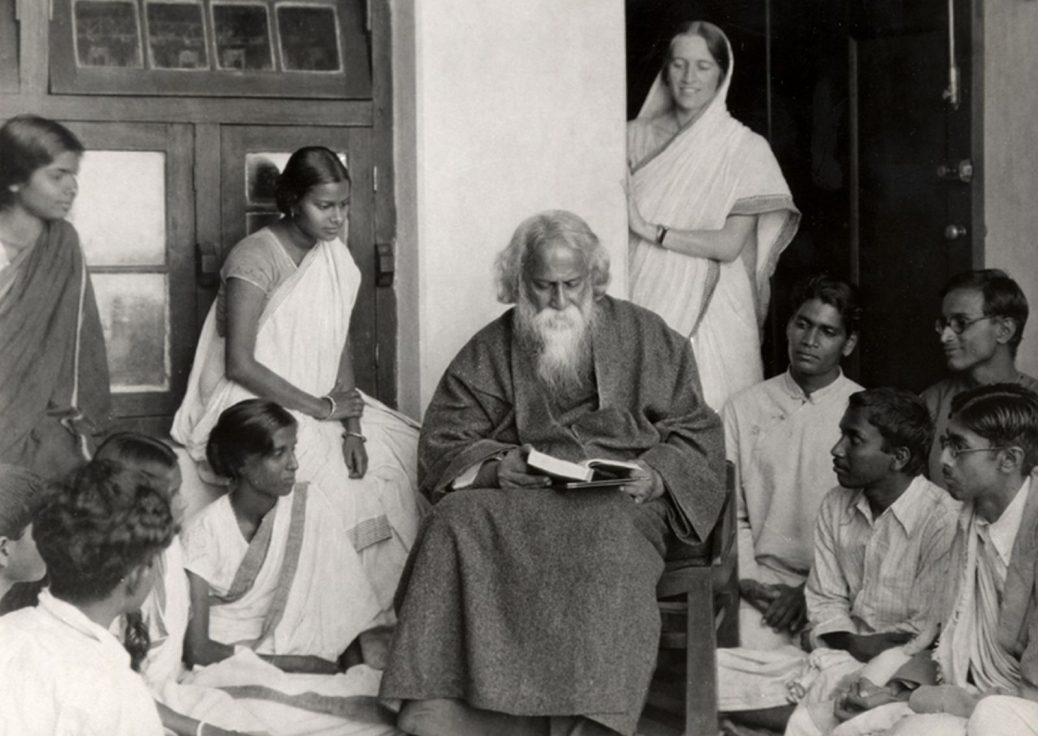 Are you looking for Nationalism Rabindranath Tagore then check out this post to know more. Rabindranath Tagore, the Bengali playwright, poet, educator, philosopher, polymath known by many as the poet of the people or the bard of Bengal.

His more familiar achievements include him winning the Nobel prize for his collection of poetry named – Geetanjali and being the first non-European to do so as well as renouncing the knighthood bestowed upon him by King George V in 1915 as a political statement. He was a leading spokesman for compassionate humanism and culture in India and the world.

Tagore was a landmark in the field of education and believed in the philosophy consisted of four fundamental principles; naturalism, humanism, internationalism and idealism. He criticized the Indian format of schooling which emphasized rote learning.

Montessori systems were set up to teach children differently using learning aids and phonetics. He also took a modernist approach when it came to the importance of a learners contact with nature and thus established Shantiniketan also known as the ‘abode of peace’.

He also believed that education essential to the individual and his service for the nation since it propagates cultural representation and intellectualism. His plays were written using simplistic language and material which could be understood by the masses structuring them with western influences like Shakespeare.

He strongly opposed imperialism and saw the materialism in the west and the relative inferiority as compared to the east in countries like Japan and even predicted its push to a militarized society before the world war. He mentions about the failures of the western system and observed them to be steeped in greed and want of power and authority as compared to the vast culture and heritage of the east.

What most people do not understand about Tagore is that he was a visionary ahead of his time. The renouncing of knighthood was a response to the atrocities performed against innocents at the Jallianwala Bagh. His patriotism as not of an un-questioning nature or blind nation worship. He later had to pay the price by facing criticism from contemporary political leaders, making a clear distinction between nationalist and fanatic-nationalists. 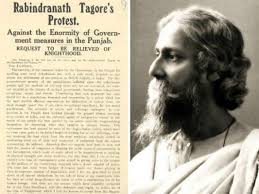 He was a great nationalist but his patriotism ultimately merged suitably into internationalism. He had critical ideas about the national leaders in India and commented on the dangers of the nationalistic approach taken by the leaders to mobilize the population for the Indian freedom struggle.

He believed in a world (utopian as some would say) where the concept of nations wouldn’t exist. He believed that nationalism limited the expanse of one’s thinking and wrote about the dangers of nationalist ideology, narrow sightedness and unequal distribution of resources and wealth as a consequence of a purely nationalist idea.

Being a universal pacifist and trying to also impart the idea of how nationalist sentiments can often be limiting whereas the theory of internationalism – ‘the world is one nest’ provides an impetus toward overall development, economic betterment, decrease in exploitation and more harmonious, tolerable social structuration.  He believed in the idealist approach of no war and promotion of mutually beneficial peaceful coexistence, something that the current fascist world could definitely make an effort to learn.