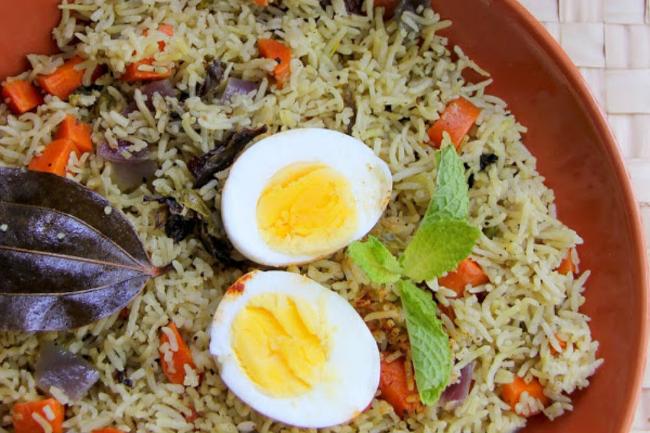 In India, people often choose to eat foods that best suit their areas climatic conditions. Also, research has shown that areas staple crops are consumed primarily than others. Particularly in northern, north eastern and western parts of the country, due to the severe chilling temperatures, people prefer foods that keep them warm for long hours. In this process, people generally prefer eating non-vegetarian food along with rice or roti.

Today we are going to discuss one such popular dish of the Khasi community of North Eastern region, Meghalaya called as Jadoh. The dishes originated from the North east are deeply rooted in tradition and culture of the seven states and play a major role in the rich, diverse, varied cuisines of India. Let’s embark on a culinary journey. 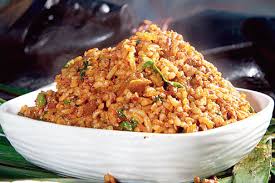 Jadoh or Khasi Pulao is similar to a biryani but it is cooked in red rice which happens to be the staple food of the Meghalayans. It is especially eye appealing because of its rich and unique color. A dish with red rice cooked with generous amounts of pork meat, with added spices. Pork can also be replaced by chicken or fish. First, the

First, the green chilies, onions, ginger paste, turmeric, black pepper and bay leaf are added to the oil and sautéed. Then the pork pieces are added and fried till cooked. The required amount of washed red rice is added along with salt and fried for 3 minutes. Sufficient amounts of water are added and simmered till cooked. The addition of turmeric imparts the rice its rich yellow color and an aromatic flavor. It is also mentioned that this dish Jadoh can also be cooked in pork blood with black sesame seeds added and pork lovers should not miss this dish. Finally, the dish can be garnished with fresh cilantro or coriander leaves which 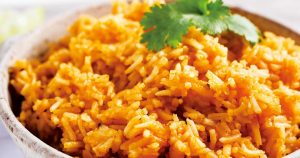 It is also mentioned that this dish Jadoh can also be cooked in pork blood with black sesame seeds added and pork lovers should not miss this dish. Finally, the dish can be garnished with fresh cilantro or coriander leaves which add flavor as well as color to the dish. And it is best served with fermented soy paste otherwise called as Tungrymbai and Dohneiiong(pork with sesame seeds).

For Vegetarians, Jadoh can be cooked with vegetables as per choice.