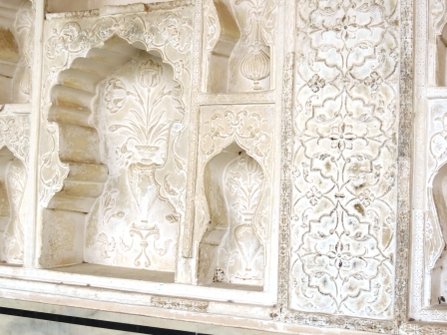 Sophisticated and meticulous and one the most admired craft are the ivory carvings. Under regal patronage, the most delicate art of ivory carving flourished, in the princely capitals of the Indian state of Rajasthan; Bharatpur, Udaipur, Jaipur and of course Jodhpur.

The historic art of Ivory carving, now banned and for a good reason too, was perhaps the most beautiful part of Rajasthan’s craft culture.

It is also perhaps the oldest form of art, 4000 years old at the very least, to have survived till modern era. In fact, mention of the ivory carving is even found in the oldest Vedic scriptures of India. 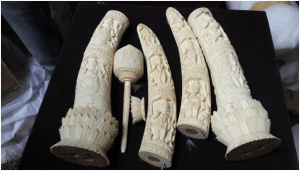 Ivory carving, as the name suggests, is made of elephant’s tusks, which is a soft material is ideal for carving though expensive. However, the same quality of ivory also makes the task difficult for the carvers, since being soft means prone to damage easily.

Nonetheless, the beautiful color of the ivory has exceeded all the disadvantages, making the art favorite of the noblemen of all ages.

With the advancement in technology-smaller drills and other tools took place of the traditional conventions. Though the tools of carving had changed overtimes, the processes had remained more or less the same. 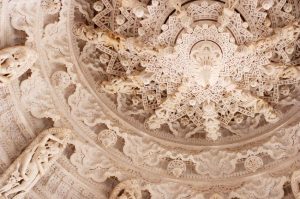 The intricate designs are first sketched on the ivory, which then are carved with careful precision. Later the carved tusks are smoothened using sandpaper. Afterwards, if needed, the products are whitened using a mixture of water and hydrogen peroxide.

In the end, to protect the surface, and bring out the white of the ivory, products are rubbed with methylated spirit. This process was around for many decades, perhaps even centuries before the whole art was banished in the year 1990.

After that, the ivory artisans, lacking other alternatives started using horns and bones in place of elephant tusks, following the same process and changing only the tools as needed. Though considered a traditional art of Rajasthan, ivory carving is found to be a popular art across the globe.

Udaipur, Jaipur, Jodhpur, were actually is the hub for the art. 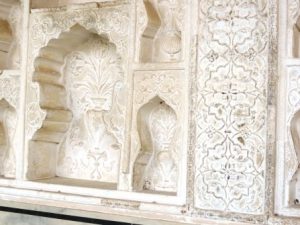 Indeed, until the ban winded up the whole of the industry, the art was in its most flourishing state in these very places.

Showpieces, chess pieces, weapons handles, jewelry, and even idols of deities made of ivory, and artifacts like that, although expensive, were available in abundance in these places.

The Bikaner Palace of Bikaner is well known and prominent example for its artistic ivory inlaid doors than the entire palace itself. Today, carved ivory artifacts can be purchased in and around Jaipur but the export of ivory in any form from India is strictly prohibited.

For obvious reasons hence the practice of this craft which ruled centuries and dominated every other artistic drill at that time is now banned.