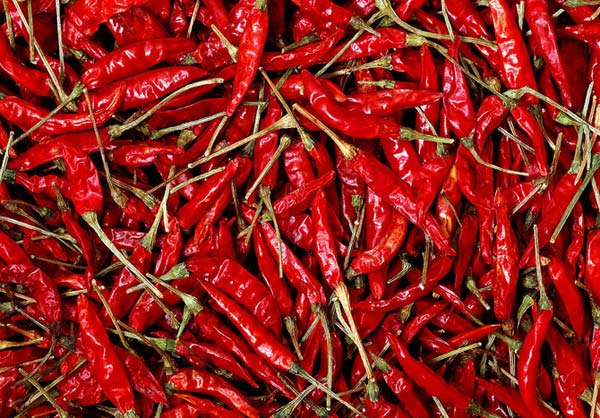 Located 40 miles to the north of the Bay of Bengal, The South Indian City of Guntur is crowned as India’s red chilli capital. Apart from being the largest producer of red chilli in the country, it is also host to World’s largest red Chilli market.

Some of the popular red Chilli varieties grown in Andhra Pradesh are : 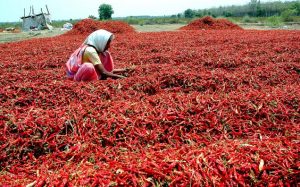 Of all the red Chilli varieties grown, the Guntur Sannam Chilli is the most famous.It belongs to Capsicum annuum species and is known for its thick skin and high pungency.

There are 4 grades of Guntur Sannam chillies: 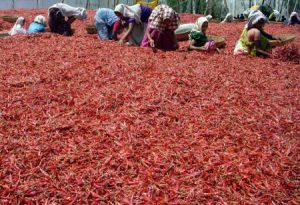 The Guntur Sannam chilli is mainly grown in Guntur, Warangal and Khammam districts. Owing to its good quality grade and high nutrient content(the chillies are rich in vitamin C) , it is even exported to West Asia, Far East, USA, Sri Lanka and Bangladesh.

This variety of chilli is planted from August to September and is harvested from December to May. The ideal climate during plantation is hot and humid. Approximately 280,000 ton of Guntur Sannam chili is produced annually.

Guntur Sannam has also got Geographical Indication(GI) status, which is basically a certification which states that the crop possesses certain unique properties owing to its place of origin.

Seeing the immense potential of Guntur as a chili producer the Andhra Pradesh Government has opened a Regional Research Station at LAM near Guntur for research purposes and to aid the flourishing Chilli industry in and around Guntur.