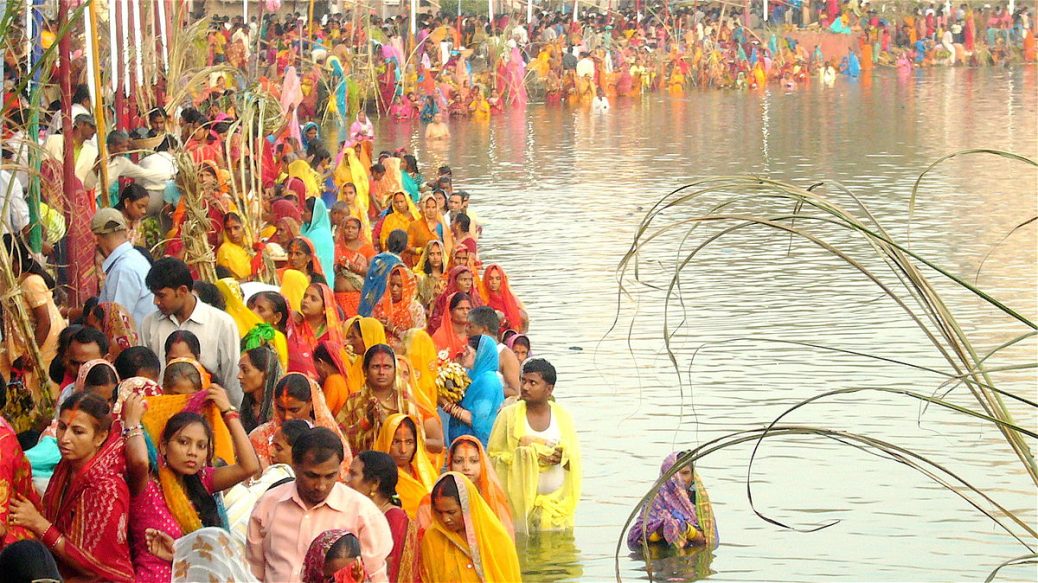 Chhath Pooja is one of the ancient native Hindu festivals in Bihar, Jharkhand, Uttar Pradesh and some parts of Nepal. This pooja is dedicated to sun god for all the things given to them and to request the granting of new wishes. This festival does not involve any idol worship. The rituals of the festival include offering prayers to the sun god, fasting and taking dips into the holy waters of Ganga.

The exact origin of Chatt pooja is not known but there are two legends related to the pooja as follows:

Prominent mythological character Karna is said to be the child of Sun god and Kunti. It is said that Karna religiously offered his prayers while standing in the water and distributed prasad among the needy.Yet another story mentions how Draupadi and the Pandavas performed a similar puja to win their kingdom back.

It is considered that Lord Rama of Ayodhya and Sita of Mithila had kept fast and offer puja to the Lord Sun in the month of Kartika in Shukla Paksh during their coronation after returning to the Ayodhya, after 14 years of exile. From that time, chhath puja became the significant and traditional festival in the Hindu religion and people started celebrating every year at the same date in Sita’s homeland janakpur and adjoining Indian states of Bihar. 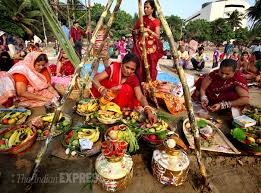 On the first day of Chhath, devotees do not consume food before taking a bath, after which they prepare food items like chane ki daal, kheer, kaddu ki sabzi among others.

Devotees fast till the Kharna puja concludes. After which a combination of jaggery-laden kheer and puris is offered to the gods and distributed among those who’d observed the fast. 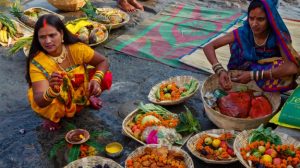 The toughest and third day of Chhath has devotees–mostly women–observe a rigid fast where they neither consume water nor food. Dedicated to Sun god’s consort, Chhathi Maiya this day is marked with folk songs and taking dips in the holy waters of Ganga, Kosi and Karnali–that goes on till the sun sets. 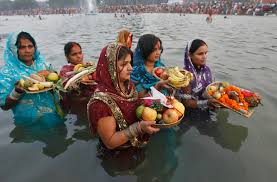 Devotees break their long fast after offering prayers to the rising Sun.