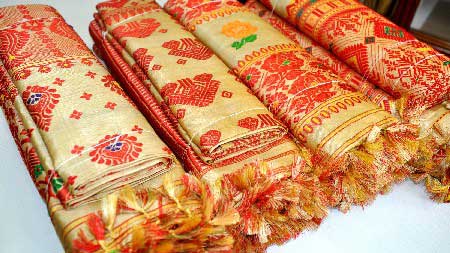 Assam silk comes from Assam. Assam state is known for wildlife, archaeological sites, and tea plantations. But apart from that Assam is also known for the production of silk. Assam produces high-quality silk from ancient times. There are a number of incidents in old historical stories that confirm the existence of silk in India through Assam.

Sil is used for weaving as it is the most important characteristic of North East India Neolithic culture.

In Assam, there is commonly the production of three endemic silk which are golden Muga silk, warm eri silk, and white pat silk. 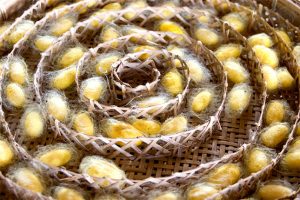 It is the product of silkworm Antheraea assamensis which is domestic to Assam. The silk produced has its fine texture with durability. Muga traders have that favor of Central Silk Board of India that if they pass inspection then they allow hem to use geographical indication logo for trading globally.

Pat silk is usually of brilliant white color or off-white color texture. It is the silk produced by the Bombyx textor silkworm which is considered as the primary product of silk. The specialty of the silk is that it can dry even in shadows. 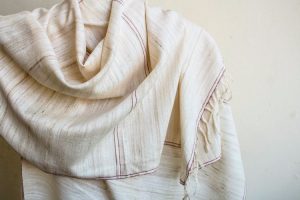 Samia cynthia ricini which feed on castor oil plant is the producer of Eri silk. Another name given to this silk is endi or errandi silk but somehow it is popularly known as Non-violent silk. The warmth and softness make it be used as shawls and duvet.

The silk industry had started to get progressed when the ruling kings were taken a keen interest in the art and craft formed using silk during 1228 AD. Before that, some archaeologists claimed that Indians learned the art of silk weaving through some Chinese migrants.

Silk had also been considered as part of royal status because the silk weaved clothes were dressed by the king and the royal families. 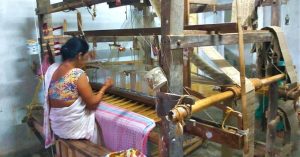 According to some resources, there are around 9500 sericulture villages producing the muga, eri and pat silk in the Assam and Sualkuchi being the hub of that industry.

The industry or the main hub of silk is sualkuchi which is the center of silk weaving because it is the place where all women in ancient times used to craft silk weaving within a developed community which is still the part of Assam culture.