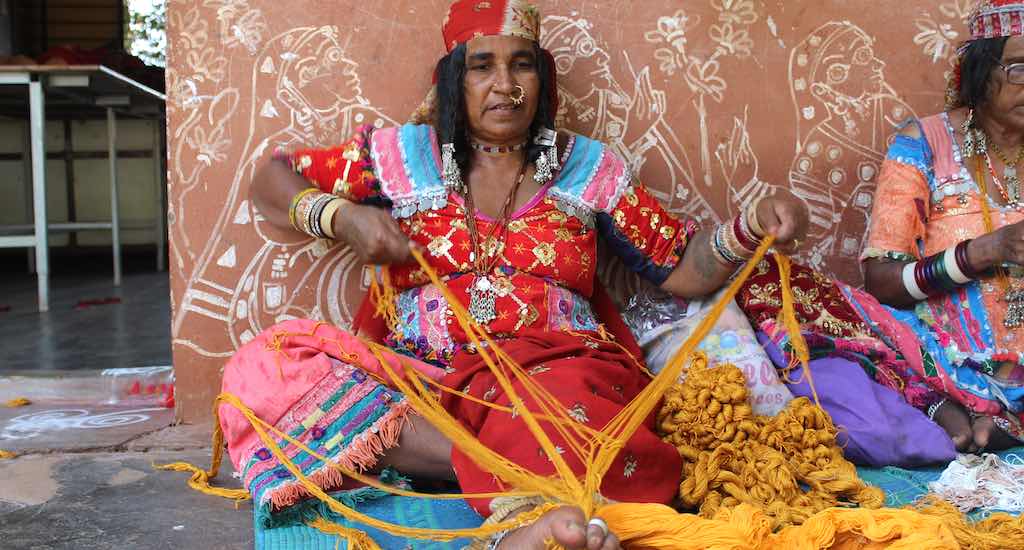 Originated from Rajasthan, Lambani tribals are one of the most ancient tribals in India who have not only successfully preserved their tradition but also practice them even in this epoch. The “Indian gipsy” are now scattered over many Indian states. They got their name Lambani from the Sanskrit word ‘Lavan’ which implies salt as they were the chief traders of salt for many eras.

Like many other Indian tribes, the Lambani tribe has several unique folklore, for instance, they have been practicing gender equality from every outlook. Lambani tribal make their own goods and articles. But what really intrigues folk about them is their ostentatious art form.

Lambani art form comprises performance art such as dance and music. Lambani dance form is a special form of dance holding its origins from Andrapradesh. The dance is mainly performed by females, wearing traditional lambani saree, submerged in jewelry. The males usually play their parts in music as a drummer, while their female counterparts perform the Lambani dance. 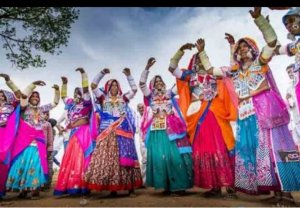 Lambani art is not limited to only dance and music. Lambani tribe exercises plastic or folk art such as rangoli, textile embroidery, tattooing, and painting. Lambani embroidery includes 30 types of distinct stitches and 10 types of different motif designs.

Lambani embroidery is known as ‘lapo’ embroidery. It involves stitching of mirrors, decorating beads, attaching cloth patches and coins onto the cloths. The cloth used for embroidery is usually cotton or khaki which is also self-made by Lambani tribal.

The stitching of mirrors on the cloth is said to have a historical reason, that is, the mirror was to scare away the animals during the hunting sessions. 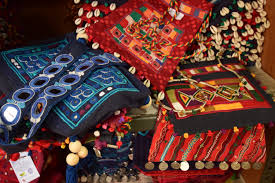