Sree Padmanabhaswamy Temple is a Hindu temple dedicated to Lord Shiva. It is located in Thiruvananthapuram, Kerala, India. The temple is built in an indigenous architecture of Tamil style(kovil). The temple is run by a trust headed by the royal family of Travancore.

The kingdom of Travancore is an Indian kingdom from 1729 to 1949. It was ruled by Padmanabhapuram and later by Thiruvananthapuram.

The temple is a miniature of the famous Sri Adikesavaperumal Temple at Thiruvattar. There is a saying that only those who profess the Hindu faith are permitted to the temple. Devotees have to strictly follow a dress code. 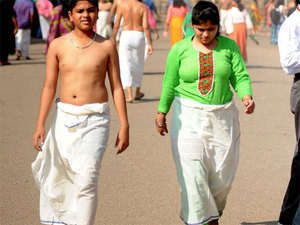 Dress code for men and women

The temple is one of 108 Divya desams (holy abodes of Vishnu).In the sanctum sanctorum, Padmanabha reclines on the serpent Anantha. The serpents have five hoods facing inwards, signifying contemplation.

The Lord’s right hand is placed over a Shiva lingam. Sridevi Lakshmi and bhudevi, two companion of Vishnu sits side by side. Brahma emerges on the lotus.

In order to perform darshan and puja, one has to go to Mandapam. The goddess is visible through three doors. 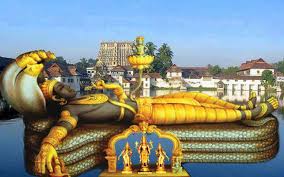 The temple derives his name from the position of the Brahma seated on the lotus arising from the Lord’s navel. The goddess is made from 12000 saligramams. These saligramams are from the bank of the Gandaki river in Nepal.

The secret chamber in Padmanabhaswamy temple 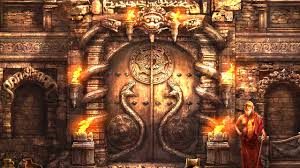 There are six chambers in the temple. Among this Bharatakkon kallara is very closely associated with Sri Padmanabhaswamy.In 2011 the temple’s six secret vaults were opened. When opened, the hidden treasure in the temple was found. 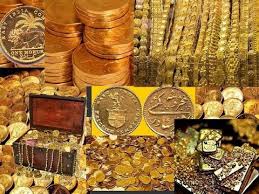 There are mainly 6 chambers namely A, B, C, D, E, F.The chamber B is considered to be the most sacred, risky, and dangerous chamber by the trust members and other astrologers. It can only be opened by a highly erudite ‘sadhu’ or ‘mantras’ by chanting ‘garuda mantra’.

No one can open this door by any other means, this is the only way. If any human attempts are made to open this mysterious chamber B, catastrophes are likely to occur in and around temple premises or throughout India.