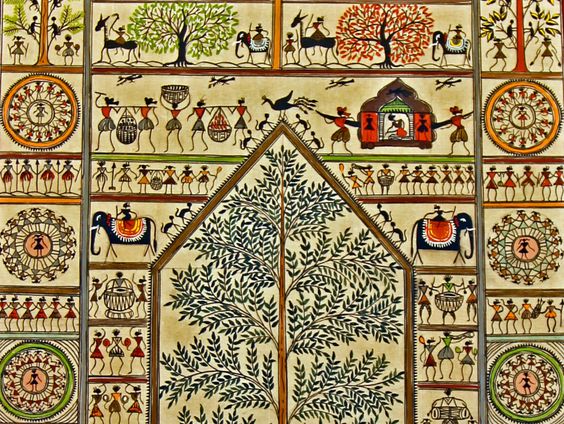 Saura tribal art is an art form from Eastern India. It is a type of wall painting done by the Saura Tribe people who are spread in the eastern states of India, especially Orissa. These paintings are also known as ikons (or ekons)  and are of religious importance to the Saura peoples. They were previously done on the walls of the houses, but today Saura art is known throughout India. Saura art clearly depicts the history, philosophy and religious beliefs of the Saura people. 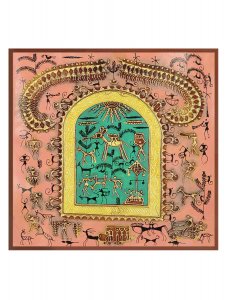 The Saura tribe is one of the oldest tribal community in India. The mentions of Saura tribes are also found in the Hindu epics such as the Ramayana and the Mahabharata. It is believed that the Mata Sabri of Ramayana and Jara, the hunter who wounded Lord Krishna by his arrow are said to be belonging from the Saura tribe. Saura paintings are of great importance in the religious ceremonies of the South Orissa districts such as Rayagada, Ganjam, Gajpati and the Koraput district. 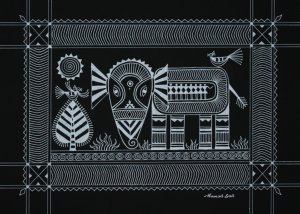 How Saura paintings are made –

Saura art is made on red-brown clay walls of the houses in the villages from natural colors and dyes. The dyes are made from natural ingredients like rice, white stones, flowers, leaf extracts. The Saura paintings are made using a brush made from tender bamboo. The paintings are usually dedicated to the religious deities of Sauras like the Idital and are generally made during any good occasions like any festival, marriages, childbirths, harvests, etc. 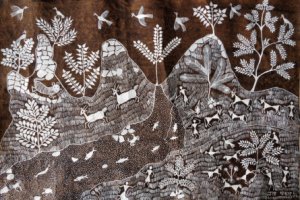 How Saura is different from Warli art –

In the first glace, Saura art looks very similar to another famous tribal art of India, which is the Warli art. They both are made by natural colors and various geometrical figures which makes both the art form indistinguishable. But if we look carefully, then there are some differences between both the art form. 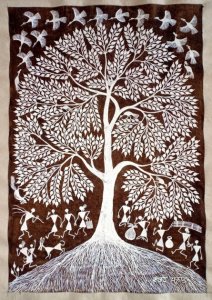 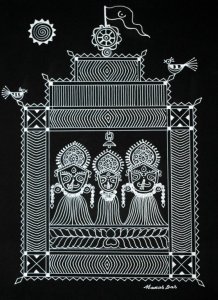 Saura in the modern world-

Even the colors used are not natural, but this modernization has grown the popularity of the Saura Art. It is today widely known in different parts of India and it has provided a commercial corner to the Saura art. Even modern symbols can be seen in the Saura art today. 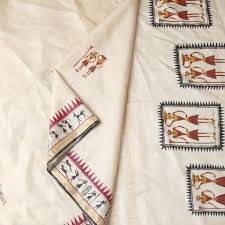 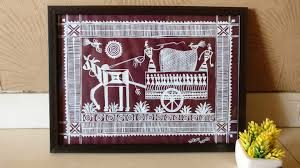 Saura art is not only an art form, but it is a reflection of the cultural practices, history and religious beliefs of the peoples of the Saura tribes. Saura art has made the Saura tribe famous all over India. Today it has also evolved as a commercial art form.