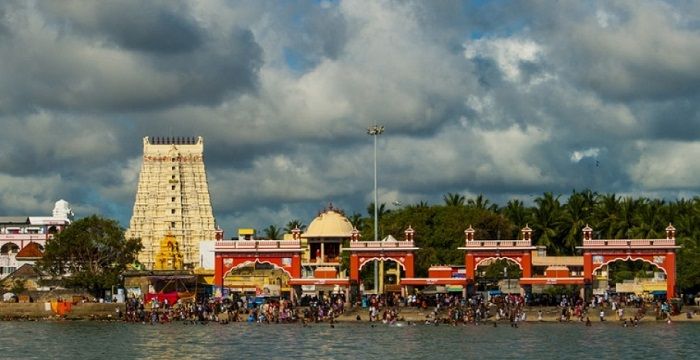 Rameshwaram, considered as one of the holiest places lies in the state of Tamil Nadu. It is an important Hindu pilgrimage center and an essential part of the Ramayana Epic. This place has tendencies to not only release all the stress and tension but also full-fill and heal a person from spiritual aspects.

Rameshwaram is a part of Pamban island. It is situated between the Indian peninsula and Sri Lanka. Rameshwaram is the largest island of Tamil Nadu state by area. It is the point on India which is closest to Sri Lanka. The beach of this island features no waves at all, the maximum height of waves is 3 cm. This makes it feel like a giant river. It has a dry tropical climate with low humidity. 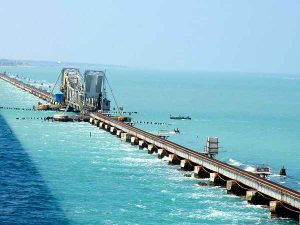 On his way to Sri Lanka to free his wife from Demon King Ravana, when faced with the giant Ocean, Lord Ram started construction of Ramsetu. After writing the name of Lord Ram the stones started to float and made his journey to Sri Lanka possible.

In another story, Rameshwaram is the place where Ram decided to atone for his sins. He was keen to seek penance for killing a Brahmin so he prayed to Lord Shiva and decided to build the largest Shiv Lingam there. So he asked to fetch lingam from Himalayas but it took a lot of time and Sita constructed a lingam there in the meantime. This lingam is regarded as the one that is still present in the shrine of Ramanathaswamy Temple. 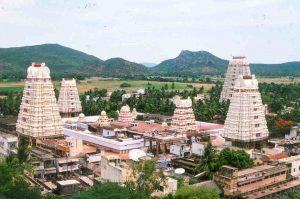 Rameshwaram is one of the four divine sites which are an integral part of Hindu religion and Ramanathaswamy Temple makes it one of that site. It is completely dedicated to Lord Shiva. It is one of the 12 “Jyotirlingam” where Shiva is worshipped in the form of jyotirlinga which means pillar of light. The temple in its current structure was built during the 12th century by the Pandya Dynasty. The temple has the longest corridor among all Hindu temples in India. The art and architecture of the temple are marvels in themselves.

Rameshwaram is an integral part of India and the Hindu religion. The pace offers spiritual as well as religious healings. On the seashore, this place is a complete holiday and religious destination.