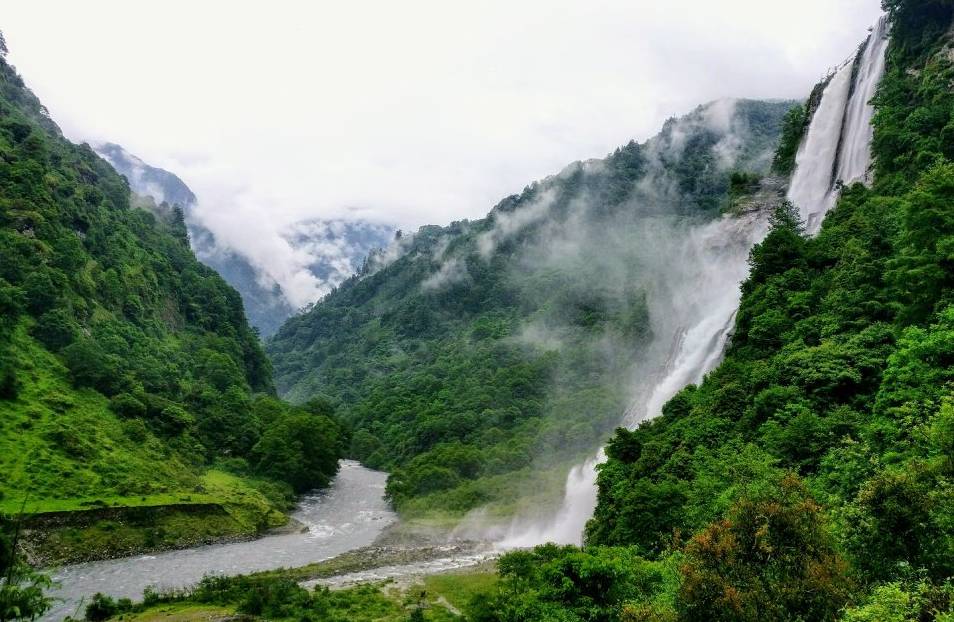 India is enriched with beautiful locations having their own unique stories fulfill with old myths, historic relations to tell. Nuranang fall is one of those falls which has a story to tell. It is located in the Tawang district of Arunachal Pradesh, also known as “the Orchid State of India”.

Nuranang Falls has a height of 100 meters which adds it to the most spectacular waterfalls in our nation. The origination of fall is from the northern slopes of Sela pass. Nuranang fall has many names such as Bong-Bong fall, Jang fall. The reason behind the name Jang fall is that it is 2 km away from the town Jang.

According to the local people, it is said that the fall had given the name Nuranang fall after a monpa tribal girl named nura had helped a soldier Jashwant singh rawat during the Sino-Indian war in 1962.

She had given him shelter to help him but unfortunately, the soldier was later captured by the chinese forces. The memorial was construted in respect of Soldier Jashwant singh rawat. As written earlier every place has a story to tell this is how the fall was named Nuranang fall.

Initially, the fall was not a tourist interest but after the director of the movie ‘Koyla’ decided to shoot one of the songs in the movie “Tanhai Tanhai” which featured Shahrukh Khan and Madhuri Dixit in 1997 it became much famous.

If you are a fan of Shahrukh then you are absolutely going to visit the beautiful fall. The Nuranang falls in the Tawang river where you can also visit the hydel plant constructed in the base of the fall used to generate electricity for the local area.