Mahishasura- The Shifting of Demons

Home Mahishasura- The Shifting of Demons 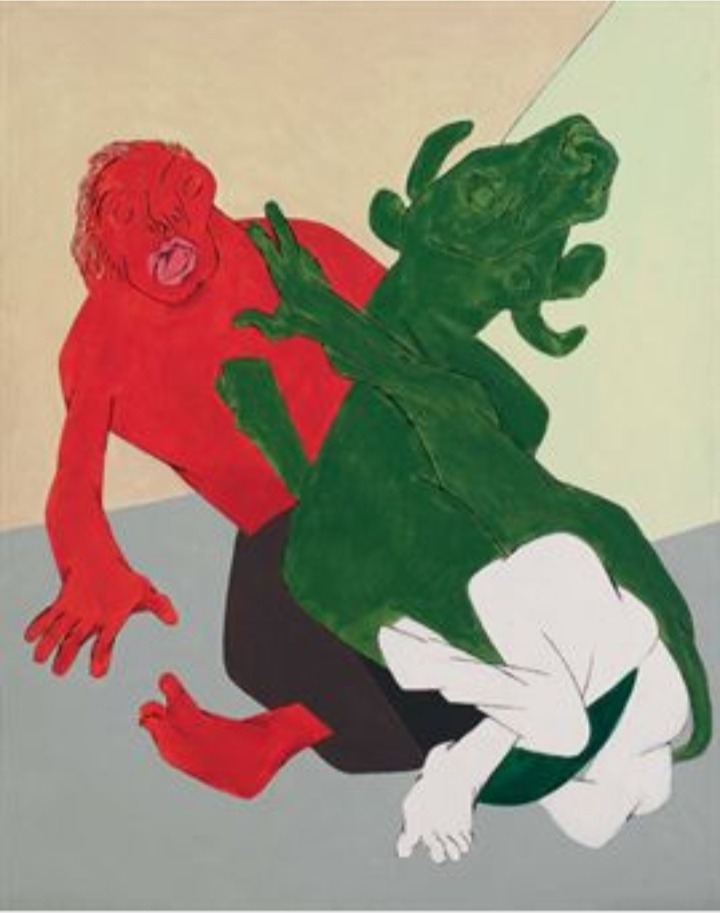 It is said that “creativity can occur anytime, anywhere”, actual evidence of this quotation could be seen in Tyeb Mehta’s Mahishasura painting series. Tyeb Mehta who was born in Gujarat and brought up in Crawford market of Mumbai got highly influenced by the folks of Mahishasura of Hindu mythology.

The word ‘Mahishasura ‘ is adopted from the Sanskrit word ‘Mahish’ which stands for Buffalo and ‘asura’ which implies demon. Thus Mahishasura was a Buffalo demon who was blessed with a boon that no man could kill him, but he was eradicated by Goddess Durga. Thereafter she is also known as ‘Mahishasuramardini’ (the killer of Mahishasura). Mahishasura could change from one form to another but his devilish intentions would not change. The folk of Mahishasura, as delivered by Christopher Fuller, symbolizes forces of ignorance and chaos hidden under the outer appearance. 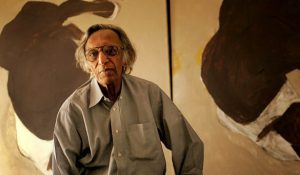 Tyeb Mehta was an Indian painter, sculptor, and filmmaker. He was, during his peak stages of career was the part of Bombay progressive artist group and 1st postcolonial generation of artists in India. He gave a number of paintings which depicted the grief and circumstances during the time of partition of India. However, his Mahishasura series is considered as the most epic piece of art delivered by the artist. The painting was so elusive that it lead Christie’s annual London sale of South Asia modern and contemporary art on 11th June. He capped Christie’s with his Mahishasura auctioned for $1,280,900.

But where did he got inspiration from? Well, according to the artist the series happened after his visit to Shantiniketan where he got inspired by ancient mythology and Hindu literature. The aspect that makes Mehta’s painting so different is that it blends with the ancient imagery with the ease of simplicity of form. The painting is an assortment of lines, colours and perfect geometry concluding in powerful modern work. He recreated the Hindu mythological features in a way that was horrendous and captivating at the same time. 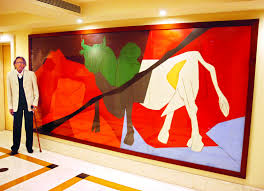 The bull in Mehta’s paintings is seen a number of times, which illustrates his attempt to cast off the light on the culture and plight faced by the Indians. It also symbolizes Pain and struggles for survival. Thus Mehta’s paintings are not just a mere piece of art, but it gives a statement which radiates beyond colours.