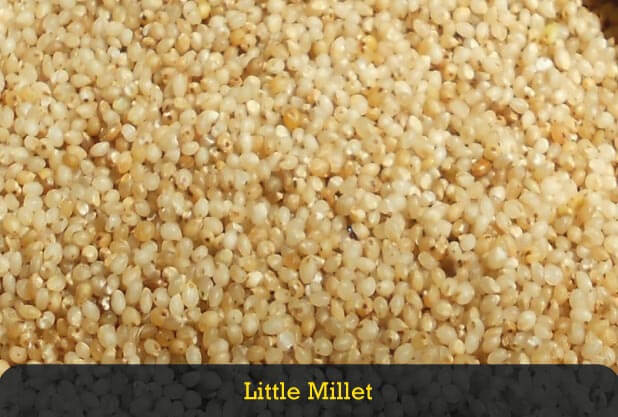 Little millet, is a species of millet in the family “Poaceae”. This species of cereal is similar in habit to the “proso millet” except that it is smaller. It is an annual herbaceous plant, which grows straight or with folded blades. The grain is round and smooth.

Little millet is grown throughout India and is a traditional crop. Little Millet has been called with different names in different languages, it is called Kutki in Hindi, Sava in Marathi, Gajro in Gujrati, same in Kannada, Samai in Tamil, and Samalu in Telugu.

Little millet has a significant role in providing nutraceutical components such as phenols, tannins, and phytates along with other nutrients. Little millet is fibrous millet, next to barnyard millet.  Little millet is high in fibre, which is the highest among the cereals. Fibre helps maintain sound digestion and satiates hunger quickly. 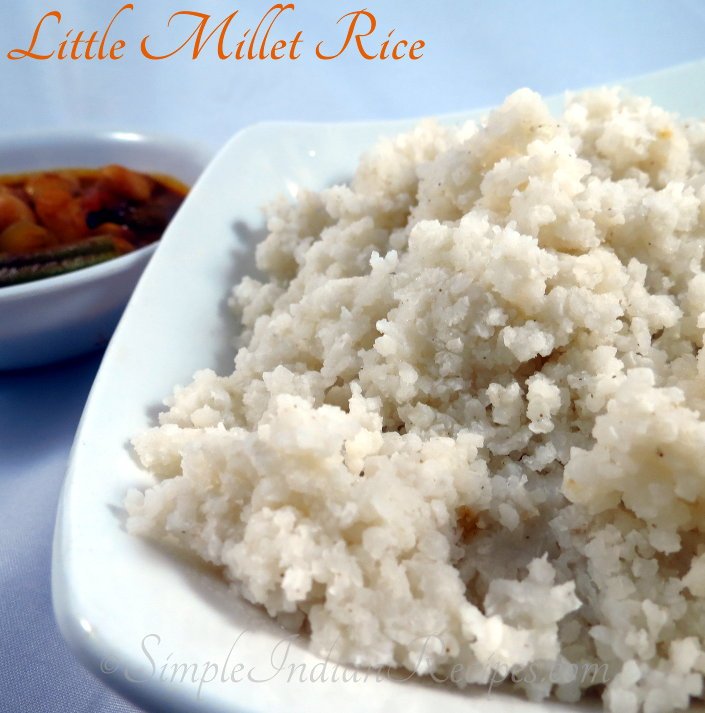 Little millets, with their low carbohydrate content, slow digestibility, and low water-soluble gum content have been attributed to improving glucose metabolism. The grains release sugar slowly in the blood and slow down glucose absorption.

The dietary fibre and resistant starch in little millets exhibit hypoglycemic and hypolipidemic effects. Millet’s antioxidants such as polyphenols, phenolic compounds, tannins, flavonoids are not directly related to nourishing the body but play an important role in promoting health by helping in diseases such as diabetes, cardiovascular disease, cataract, cancer, inflammation, and gastrointestinal problems. 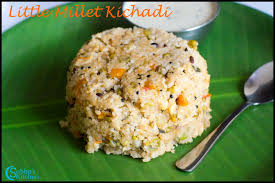 How to include little millet in your diet?

It is mostly consumed as rice. Any recipe that demands staple rice can be prepared using little millet. It has the smallest grains, so it cooks faster than other millets. Little millet is commonly available across the country as a whole grain. Millet flour can be procured from certain sources or more commonly could be made at home.

Caution – Millets are special amongst grains as they are nutritious, gluten-free, non-sticky and non-acid-forming. Little millet is suitable for people of all age groups. For those who are health conscious and wary about what they eat, experts suggest that millets should be a part of their daily regular diet.