Budha Birth Place Kapilvastu- The No.1 Treasure Of World

Home Budha Birth Place Kapilvastu- The No.1 Treasure Of World

Kapilvastu- The Treasure Of World

The ‘Amazon of Asia’ has always been one of the top-rated tourism spots in the world. Well, credits to this country’s beautiful culture, astonishing landscapes, and amazing trekking trails. Nepal it is the land of warm-hearted people and unique culture.

Culture and traditions of Kapilvastu:

The cultural heritage of Nepal is said to be influenced by Tibet, Mongolia, and India which has evolved over the centuries.

These multiple origins behold the diversities of Nepal which can be seen in its tribal and ethnic groups, music and dance, languages, philosophy and folktales, festivals and celebrations! Not just the traditions, but it has also been blessed with numerous nature’s miracles which is why Nepal is also called ‘The country of world records’.

The major inhabitants of this region are the Awadhi people. Awadhi cuisine is well known. Tharu people living in the western part of the district have their own distinct culture. The main culture of Tharu is Maghi. 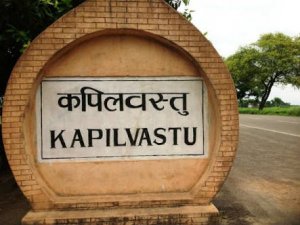 One of Nepal’s known district ‘Kapilvastu’, is an evident example of vivacious cuklture. Earlier, it was an ancient city on the Indian subcontinent which was also the capital of Shakya.

It is said that King Suddhodana and Queen Maya lived at Kapilvastu. And so did their son Prince Siddhartha Gautama. The Prince lived in Kapilvastu until he left the palace at the age of 29. As we find, Gautam Buddha was raised here and lived with his wife and son until he left for his Nirvana. 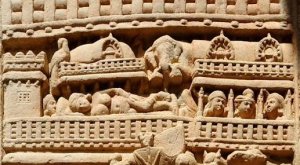 According to the ancient theories, the name ‘Shakya’ is derived from the Sanskrit word ‘śakya’, which means ‘the one who is capable’. 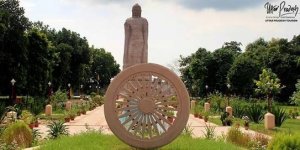 Facts and Attractions of Kapilvastu place :

a). The best to time to visit Kapilvastu is October to April.

b). Kapilvastu Buddha Mahotsav is held every December where Buddhist followers gather in huge numbers and visit the place between 29th-30th December. It holds utmost importance according to their traditions to visit here. 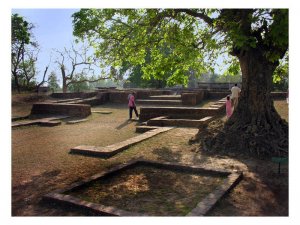 c). The actual Palace of King Suddhodana was found during excavations in the last century, whose pieces are visible even today. This site is a must visit as it is declared as an Archaeological site.

d). Another famous structure that is declared as the Archaeological site is the Stupa complex.

e). More than 138 historical sites related to Buddha have been identified by far within the boundary.

f). It has a National park which is the forest of this region.

Kapilvastu is hence a region with biodiversity, cultural, archaeological and historical monuments which is being attempted to get enlisted in the World Cultural Heritage of UNESCO.

The charm of this place never fails to amaze the archaeologists and history lovers as numerous monuments are found in the excavations and preserved for the future generation to know better about this.