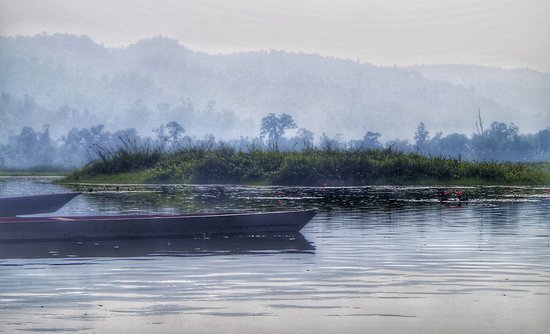 Villages still contained the traditional Vedic culture, while in the case of towns and cities it relaxed a bit. Products of brass from Kamrup are famous for their beauty and toughness. 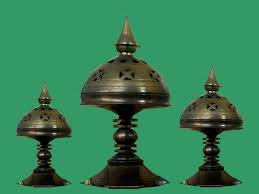 Kamrupi crafts originated in the Kamrup district of Assam. These crafts are generally made out of brass and bell metal. Glass, plates, decorative stands, and pots are made in Kamrupi crafts. Often made with brass, Kamrupi crafts are often designed with pure form of gold(Ag), silver(Au), and copper(Cu).

Brass is extremely important cottage industry, with the highest concentration in Hajo, while Sarthebari is well known for its bell metal craft. The major items of brass are the kalah (water pot), sarai (a platter or tray mounted on a base), kahi (dish), bati (bowl), lota (water pot with a long neck) and tal (cymbals).

Gold(Ag), silve(Au), and copper(Cu) to have formed part of classical metalcraft and the State Museum in Guwahati has a huge collection of these articles. Gold is generally used in ornaments 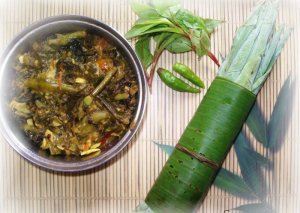 The Kamrupi food is homogenous to a certain extent with nearby eastern states of West Bengal and Bihar. Mustard seeds and coconut is generously used in cooking, while ginger, garlic, pepper, and onions are extensively used. Traditional utensils are made of bell metal though stainless steel is quite common in modern times. 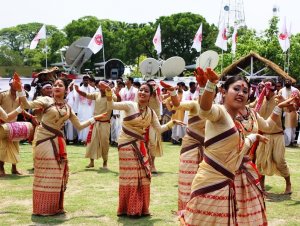 Durga Puja, Kali Puja, and other Pujas; Diwali, Holi, Janmashtami, Shivratri to name a few, are major festivals of the region.

There is barely any dance and music of the Bihu type so common in Eastern Assam, but a special springtime festival of this region is a fair usually held in the first week of Baihag or third week of April. It is known as “Bhatheli” in northern Kamrup, “Sori” or “Suri” in southern Kamrup.

It is a popular form of folk music that expresses the thoughts and emotion of the Kamrupi people. The songs are derived from Ancient Kamrup. These anthems have been sing from time immemorial by peoples living in Kamrup region. Besides these forms of songs linking the day-to-day activities are also popular