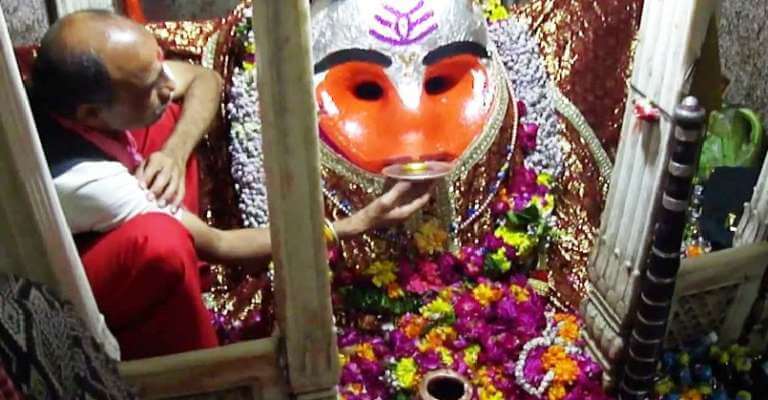 It is believed that god is always there to protect us from evils. According to Hindu mythology, temples are built with the purpose of, and always dedicated to, religious or spiritual activities including prayer, meditation, sacrifice, and worship. Since the dawn of civilization, humans have felt compelled to raise structures to their gods. Temple pretends the second home to the soul where one can experience peace, bliss, knowledge. 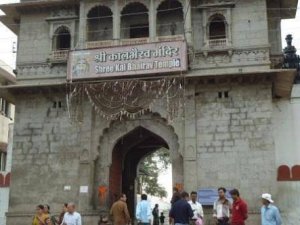 One of the temples in Ujjain is dedicated to a fierce manifestation of Shiva associated with annihilation Bhairava, sometimes known as Kal Bhairava. Located on the banks of the Shipra River, it is one of the most active temples in the city, where hundreds of devotees visit daily taking their wishes and happiness. Bhairva is often depicted with frowning, angry eyes and sharp, tiger’s teeth and flaming hair; stark naked except for garlands of skulls and a coiled snake about his neck. 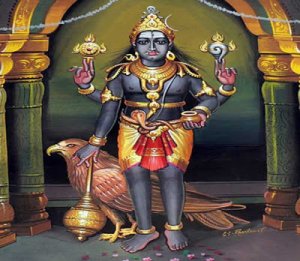 One day Brahma thought, “I have five heads, Shiva also has five heads. I can do everything that Shiva does and therefore I am Shiva. A little egotistic Bramha began to pretend himself, Shiva. Not only had he became egotistic, he started to forge the work of Shiva. Brahma started interfering in what Shiva was supposed to do. A furious Mahadeva (Shiva) threw a small nail from his finger, which assumed the form of Kala Bhairava and casually went to cut the fifth head of Brahma. Brahma Kapala in the hands of Kala Bhairava symbolizes the destruction of Brahma’s ego. 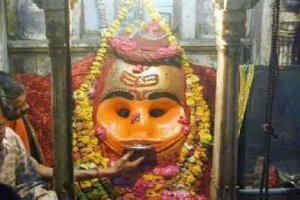 It is astonishing and unbelievable but the temple of Shri Kaal Bhairav in Ujjain city, Madhya Pradesh where liqueur is offered as ‘chadhava’ (offerings). In this temple, devotee buys a bottle of wine or hard liquor like rum or whiskey and present it to the deity. The bottle is handed over to the priest along with other puja material such as flower garlands and incense sticks. The priest opens the bottle and put half of the contents into a shallow plate, placed near the mouth of the idol. Slowly, the liqueur level starts going down after that the Priest takes back the plate when all the liquor is finished. The liquor in the plate disappears in front of your eyes. Yes, it sounds unbelievable, but that’s true. The leftover in the bottle is given back as prasad to the pilgrims. 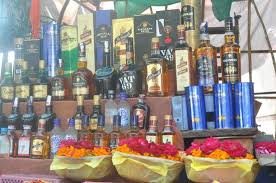 Unlike other temples where we go to take blessings holding the plate with flowers, Diyas, incense sticks, fruits, and Prasad, here devotees comes with liqueur, such as whiskey, rum, and desi daaru. There are many small and large, government and private liqueur shop from which devotees buys it as a Prasad .

Whatever be the tradition, temples have always been the source of energy to the soul. And peace to the world. Unlike the offerings in Kal bhairava mandir the blessings are same, God always provides us with happiness and want us to be a peaceful being.