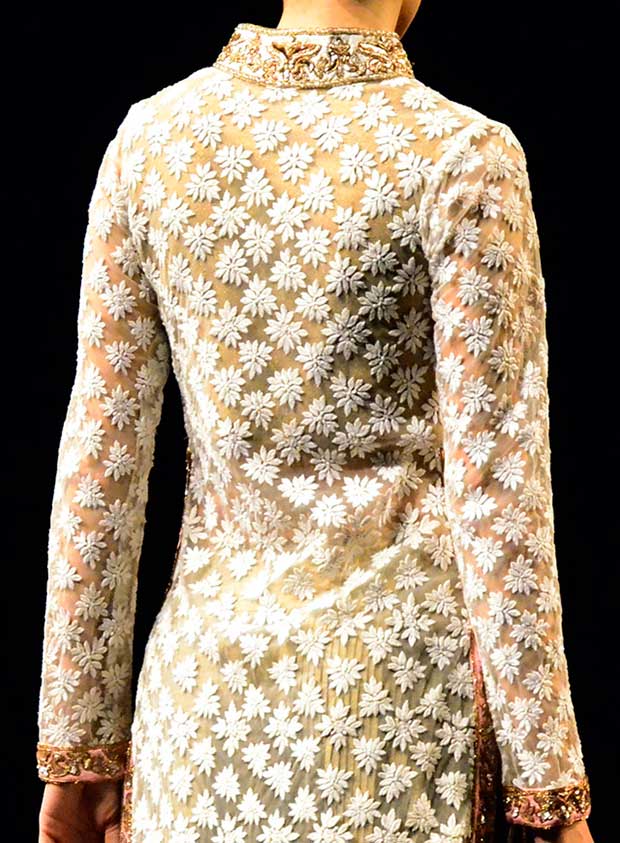 Chikankari Embroidery Stitches is very cool. The city of Nawabs has a rich cultural history. Apart from its exquisite Mughlai cuisine, Lucknow is also famous for its innumerable historical monuments and above all, the Chikankari work.

The word Chikan, when translated literally, means embroidery. This striking piece of artwork includes over 36 types of stitches which also involves embellishments made out of mirrors, pearls etc.

It is highly time-consuming and a single piece of work can take around ten days to complete. The Lucknawi Chikankari work got registered under the Geographical Indication in December 2008.

Chikankari is known to have been introduced by Mughals during the reign of Jahangir when his wife Nur Jahan brought this art form to life.

Jahangir then promoted this by establishing many workshops across the nation in order to perfect the artistry.

During that era, the main fabrics used for Chikankari were muslin or cotton as they were quite suitable for the hot and humid weather.

During the initial days, Chikankari was only done with white thread on a white fabric known as whitework.

The Chikankari work is done manually. The process comprises a series of steps. The First step is to decide the design which is to be embroidered on the fabric.

Chikankari designs are mostly influenced by Persian aesthetics because of which leaves and flowers are prominent in the artwork.

During its introductory stage, Chikankari also had fish designs because fish was the emblem of the court of Mughals.

After the designs are finalized, they are carved onto the wooden blocks to facilitate block printing on the base fabric in order to make guidelines for embroidery.

Next, a skilled worker does the embroidery work on the printed fabric using different types of stitches. The thickness of the thread and various stitches ascertain the subtle effects created on the fabric.

There are mainly three types of stitches used during the embroidery- flat, embossed and raised.

All these stitches together give a different look to each design. Once the workers are done with the embroidery, the fabric is washed with water to remove the printing outlines.

Then, according to the fabric starch is added to provide stiffness. 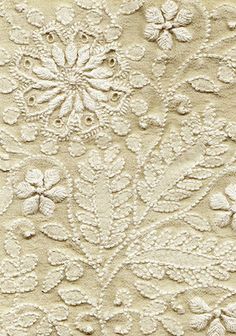 Chikankari was formerly done on cotton or muslin fabrics only. With time, it began to be practiced on other fabrics too.

Now, different color threads are also being used for embroidery as opposed to the white threads only.

Soft fabrics like georgette, chiffon, silk, net, organza, voile etc. are used for this work because it involves hand stitching.

Not only does women’s wear come with Chikankari but men’s wear also comes adorned with this artwork.

The demand for Chikankari can be seen among the urban masses as well as the film fraternity including both Bollywood and Hollywood.