What is Ceramics? Tools, Process, Uses, Casting and Designs

Home What is Ceramics? Tools, Process, Uses, Casting and Designs 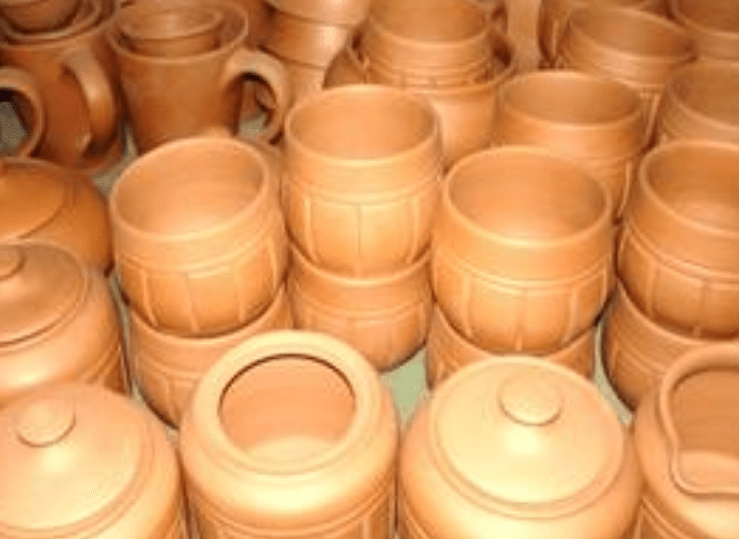 Pottery and terracotta work have been among the oldest crafts known to mankind. They have been known to all ancient cultures –Indian, Japanese, North American, South American, Greek, and Chinese.

The invention of the potter’s wheel was a crucial development in the history of ceramics. Initially used for utilitarian purposes, ceramic objects later began to be used for decorative purposes as well.

Ceramics is the art of converting clay into hardened shapes. The process involves preparing a moist mixture of clay and other materials, casting or turning it into the desired shape, and firing it to a high temperature. A mixture of several minerals, clay is of different types depending on its composition.

The various types of clay used in ceramics can be broadly categorized into:

The evolution of ceramics in India began with the Harappan age and the tradition has carried on till today. It is believed that under the reign of Muhammad Bin Tughlaq, potter families moved from Delhi, then an important centre of blue pottery, to Khurja, about 80 kms away.

They introduced blue glaze on red clay articles. Blue pottery practiced in Delhi and Jaipur does not use clay. Forms are made of ground quartz base. However, blue pottery in Khurja and Rampur uses red clay as the base.

Kutch and Saurashtra in Gujarat are known for pale creamy color pottery complemented with relief work with mirrors and motifs. Pondicherry in southern India is renowned for pottery that resembles stoneware and is finished with a variety of glazes.

The centre is well known for constant experimentation in ceramic craft. Contemporary tableware and household utility items are its signature products. Andretta Pottery and Craft Society in Andretta, Himachal Pradesh, is a popular centre for the production of studio pottery and a learning centre for the craft.

Regions of Production of Ceramics

Kumhar is the traditional potter community in India usually involved in making simple utility items like water pots and earthenware. In Khurja pottery is usually practiced by the Muslim community.

Traditionally in most potter communities in India women are not allowed to work on the wheel. However, studio pottery has gained popularity in contemporary times and is not confined by traditional caste and gender barriers.

Glaze is of two types

Within the above two categories there is white glaze and blue glaze. Borax glaze is used as a base glaze. 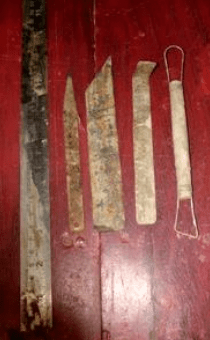 Ceramic items can be prepared either by:
•Turning (on the wheel)
•Casting (using moulds)

The first step is of preparing the clay mixture with water. The mixture needs to be of the right consistency. It is poured into Plaster of Paris (POP) vessels and kept aside. The vessel gradually absorbs water from the mixture.

Once dough-like consistency is attained the mixture is taken out of the vessel. It is now ready for the ‘turning’ process on the wheel. The potter gives the clay the desired shape on the wheel.

An object may be made of two or more parts. After being prepared on the wheel the clay object is left to dry. Once dried, it is polished thoroughly with sand paper to obtain an even surface. The object is now ready to be fired. 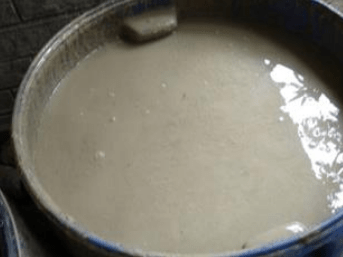 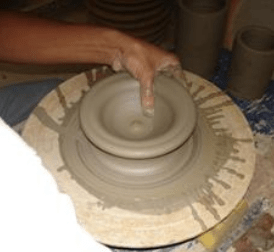 The first firing stage involves temperature of 800-850 degrees Celsius. At this stage the object obtains a medium brown tint. This stage is called biscuiting. The object can be taken out at this stage depending on requirements.

The next firing stage is glazing that takes place at a temperature of 1300-1800 degrees. A glaze mixture (paste) is prepared by mixing all the ingredients in an electronic mixer. The mixer has a spray attached to it through which the glaze is sprayed on the objects evenly before being fired in the kiln.

In modern kilns, the temperature is tracked with the help of an electronic meter connected to the kiln. In traditional kilns, however, the potter has to check the items at regular intervals through small windows in the kiln.

In this process the clay mixture prepared in water is poured into the plaster (POP) moulds. POP absorbs the water and the clay here acquires the shape of the mould.

The cast is carefully removed from the mould by peeling its sides with a blade, the object is then left to dry. The remaining process is the same i.e. polishing with sand paper, glazing, and firing. 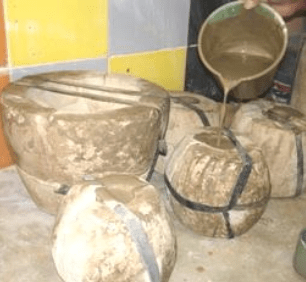 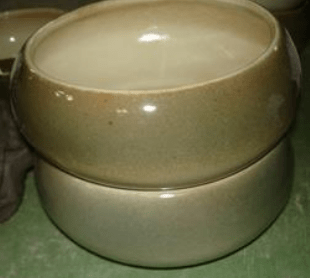 Uses of the Product

Traditional utilitarian earthenware like pitchers, surahis, diyas, flowerpots and religious figurines made by kumhars or traditional potters in several regions of the country continue to be commonly available. Today, however, they are available in a huge variety of designs.

Traditional pottery from Gujarat, West Bengal, and Rajasthan are available in fairs and exhibitions such as Dastkar Nature Bazaar in Delhi. A trend that is becoming popular is the use of traditional clay craft in contemporary architecture as murals, garden accessories, floor and wall tiles, etc.

While traditional blue pottery from Jaipur now has only a few families practicing the craft, Khurja near Delhi has emerged as a big center for the ceramic industry. Its innovative designs in a range of colors –bright blue, green, orange, yellow, red –available at reasonable prices have, made Khurja ceramic highly sought after in the mass market segment.

Studio pottery is gaining popularity in India. The latter involves experimenting with shapes, techniques, and products in ceramic. Creativity is given a free rein and pottery becomes both art and craft. Studio pottery is becoming popular in contemporary spaces.

Ceramic art is no longer confined to basic utility items like pitchers and bowls made in traditional shapes as in earlier times.

A whole range of new utility and decorative ceramic products are now produced in a wide range of colors. Accessories such as ceramic jewelry and table accessories are also available as a result of experiments by studio potters. Alongside, traditional clay craft is gradually becoming popular in urban architecture.

Slip casting –a technique generally used in mass production especially for making complex shapes and smaller pieces like figurines and teapots. Modern kilns have been introduced that run on gas or electricity. These kilns are cleaner and can be easily controlled.