All you need to know of Shirdi

Home 2021 January 4 All you need to know of Shirdi 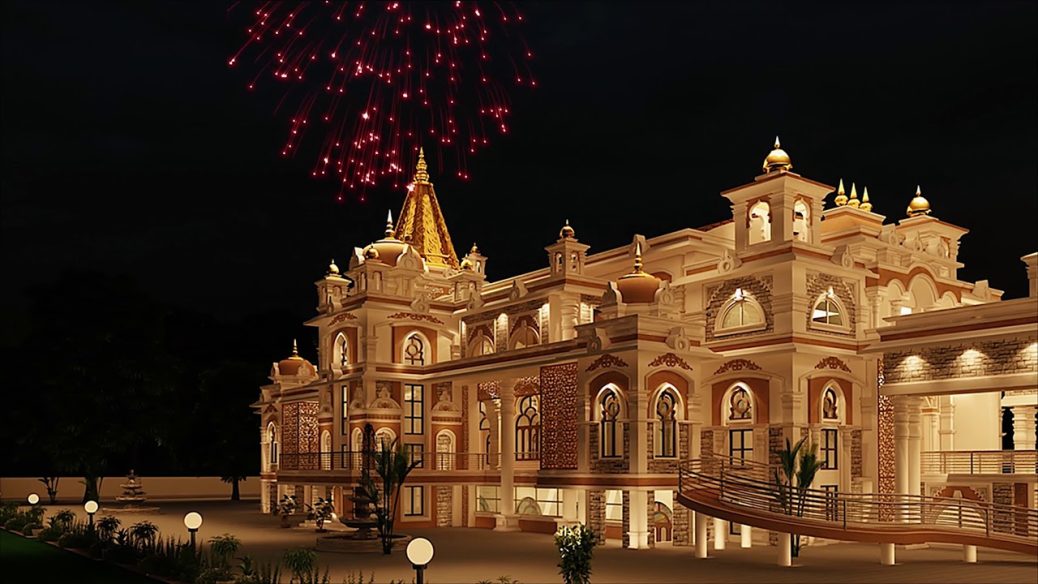 An epitome of simplicity and harmony, a spiritual journey that will leave you in awe and a place to feel liberated, Shirdi is the abode of the most revered saint, Sai Baba. The teachings of Sai Baba inspire millions of devotees from across the world to visit Shirdi.

A small town near Nasik, Maharashtra, India, Shirdi is centered around the Sai Baba Temple complex (which has four main gates). The pilgrim town is most crowded at year-end and on major festivals and is well connected to Pune, Aurangabad, and Mumbai by road.

How to reach Shirdi:

You have many options to get to Shirdi. There are direct AI flights from Mumbai & Hyderabad that reach around 4 PM. There are trains and buses. Traveling from Bangalore the best way for us to get there was to take an early morning flight to Pune and then drive to Shirdi.

Where to stay in Shirdi: 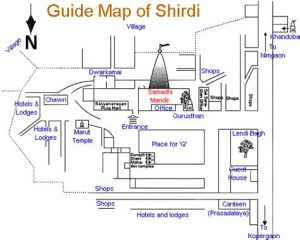 Like in any temple town there are multiple options, including rooms that are provided by Shri Saibaba Sansthan Trust(Shirdi). In the map above it is at the bottom where you have Hotels and lodges written.

Other options to stay include Vasavi Bhawan, Saish Hotel and Hotel Bhagyalaxmi which is owned by the great-grandson of Baijamma a great devotee of Baba.

(The Kaakad Arti has priced Rs 600/-  and the Darshan Arti Rs 200/- per head. You are allowed to book tickets for multiple people – but ensure to carry your ID)

The Kaakad Arti – it is at 4.30 AM, but you stand in the Queue at 3 AM even with a VIP ticket to get a front-row spot. The Arti goes on for almost 45 minutes. the good thing about Shirdi is it is very well organized and you can get enough time at the Sanctum Sanctorum – it’s not Tirupathi where you will be pushed away in a few seconds.

One can also attend the 5 PM Darshan on day 1 with pre-booked VIP ticket – there were less than 100 people at that time on a Monday, the Kaakad Arti had over 500 people.

The main Temple or the Samadhi Mandir – is where you have the Samadhi of Sai Baba and the marble statue of him in a sitting pose. There are a few more places to see inside the temple complex

Gurusthan – The seat of the teacher. This is right next to the Samadhi mandir. Gurusthan is the place where Sai Baba first appeared to the world as a 16-year-old boy. The place is situated under a massive Neem tree. It also has a shrine on which Sai baba’s portrait is placed with a Shivalingam and the Nandi bull right in front of it. Gurusthan means- the seat of the teacher.

Dwarkamai –   They say that Dwarkamai is the heart of Shirdi, the place where the great Sai Baba spent a significant part of his life including his last moments. This site, at first, was a dilapidated mosque. Dwarkamai is probably the only mosque that has a temple in it! The original Dhuni of Baba is still active here.

You can walk by it and see the place where he slept and lived. 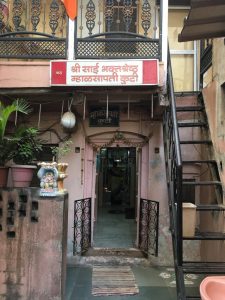 There are a few more important places you must visit. The first of which is the Mahalsapati Kutir – located very close to the Chavadi. Mahalsapati was a great devotee of baba and to this day the afternoon prasad from the temple is delivered to their house. If you are lucky and are visiting around 1230 – 1 you may get the prasad. The house is currently inhabited by the 4th generation.

A minutes walk from Mahalsapati’s house is the residence of Laxmibai Shinde Patil. She used to cook for Sai baba and on the day before he left his body he gifted her 9 silver coins. these are on display. Ask the locals and they will guide you to these places.

Places to visit near Shirdi:

Shirdi is surrounded by numerous interesting places, making your day a memorable one! 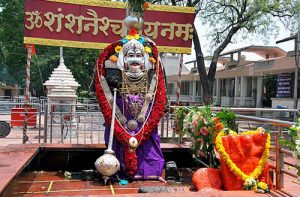 The unique Shani Shignapur Temple of Ahmednagar district is well-known for the magical and powerful Lord Shani, who is believed to reside in black stone. The Hindu God symbolizing the planet Saturn is referred to as Swayambhu, which means that he has emerged himself in the form of the black stone.

It has absolutely no architectural beauty, and just the simple stone with the spiritual aura of the lord entices scores of devotees every year.

The trust of people in the lord is so strong that none of the houses in this village has doors and locks. People believe that Lord Shani is protecting their valuables. 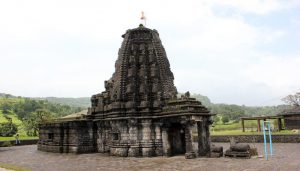 Amruteshwar Temple was built in the 9th century A.D and is considered to be one of the most primeval temples of Lord Shiva. It was built by the Shilahara dynasty and is situated at a distance of about 115 kilometers from Shirdi. The exemplary architecture of this temple is borrowed by the Hemadpanthi style of architecture and is made up of some black and red stones.

You will get blown away by the beautiful construction of this temple which has such intricate beauty done on the walls as well as the ceilings. This is among the best tourist places near Shirdi.

While visiting Shirdi, you should not only confine yourself to only one destination. These are numerous places to visit near Shirdi where you can go and make the most of your vacation. So, without delaying it further, plan your trip to Shirdi now and immerse yourself in sheer fun and peace.