Light it up with the Kolayat Fair

Home 2021 January 4 Light it up with the Kolayat Fair 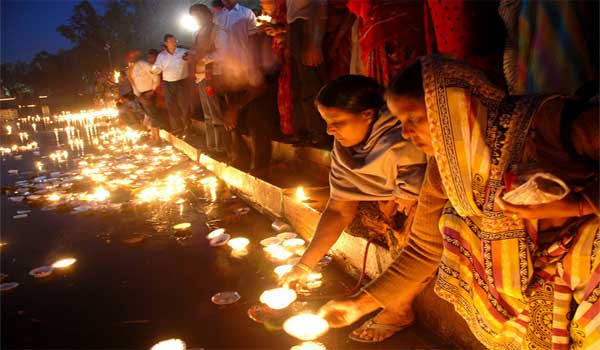 The Kolayat Fair of Bikaner, being one of the most famous festivals of Rajasthan, let’s you experience the true flavour of the rich Rajasthani culture. This expansively and eagerly celebrated fair is also known as the ‘Kapil Muni Fair’ and is celebrated every year, during the Kartik Purnima full moon night, between the month of October and November, and has a great importance in the life of the people of the tehsil.

With it’s exuberance as well as it’s religious significance, Kolayat fair attracts in-numerous tourists and locals. It is believed that taking a holy dip in the Kolayat Lake during this fair, can provide respite from all the sins one has committed in his life. It is also believed that a day’s stay at Kolayat is equivalent to spending 10 years at any other holy sacred place. 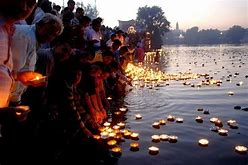 During the Kolayat Fair, all the 52 ghats of the Kolayat Lake are beautifully decorated, where attractive lights impart a great look to these ghats. It boasts a mesmerizing view when all the devotees gather at a common place and leave oil lamps to float in the calm waters of the lake.

It also offers a great sight for the tourists, with hundreds of lighted lamps floating in the water of the lake. Later in the evening, after sun down, the Sandhya Aarti, also known as the “Deep Malika” is performed, where the devotees float clay lighted oil lamps, in the sacred lake as part of the ritual, formulating the most charming sight of the festival. 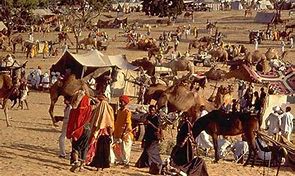 A cattle fair is also held in conjunction with the Kolayat Fair. Buffaloes, camels, horses and other cattle are traded, while giving away certificates and prizes to the best breeders at the fair. Meanwhile, the devotees offer prayers along with offerings like coconuts, dry fruits, sweetmeats, milk pudding and sugar drops.