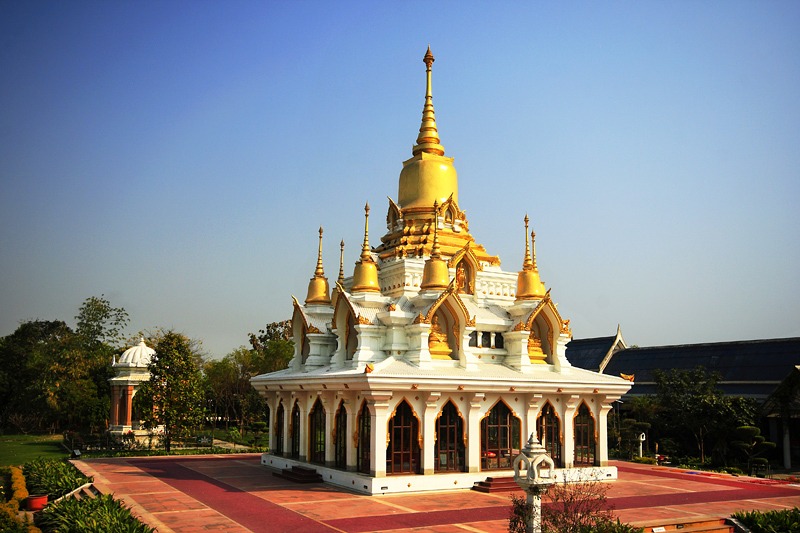 Kushinagar, is a historical Buddhist pilgrimage place, which is located in the north-eastern marginal area of the Indian state, Uttar Pradesh. It is one of the four main pilgrimage sites, which mark Gautam Buddha, the founder of Buddhism’s life, with the other places being Lumbini (Nepal), Bodhgaya and Sarnath.

Kushinagar is the place where Buddha died and was cremated and is popularly believed by the Buddhists that he attained Mahaparinirvana here, after his death. It is also an international tourist destination.

where Buddhists pilgrims from all over the world come for excursions, not only because it is the place where Gautam Buddha had Mahaparinirvana, but also because there are many peaceful, modern and beautiful Buddhist temples here.

where one can stay, chat with monks or simply contemplate about their place in the world. 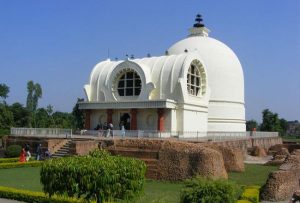 On the occasion of Buddha Purnima, there is a month’s fair in Kushinagar, during which the people around the place participate with complete reverence and perform puja and worship in various temples, in spite of the surrounding area being dominated by the Hindus.

If you are planning to visit Kushinagar, here are some top choice attractions you could hit.

1. Mahaparinirvana Temple : The highlight of this modest temple, is its serene 5th-century reclining Buddha, unearthed in 1876, which depicts Buddha on his deathbed in the paranirvana position. 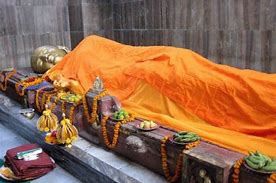 2. Ramabhar Stupa, also called a Mukutbandhan-Chaitya, is the cremation place of Buddha.

3. Mathakuar Temple, is a small shrine, set among monastery ruins, which marks the spot where Buddha is said to have made his final sermon.

4. Buddha Museum, exhibits Buddhist relics, sculptures and terracotta, most of it from Kushan-era Mathura but some unearthed from the Kushinagar region. 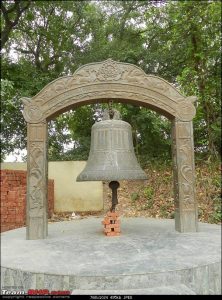 5. Dalai Lama Bell, is a large bell erected in honour of the Dalai Lama,the foremost spiritual leader of the Gelug or “Yellow Hat” school of Tibetan Buddhism.

6. Wat Thai Temple, which is huge temple complex, constructed in the traditional Thai-Buddhist architectural style, in the memory of King Bhumibol’s accession to the throne of Thailand.

7. Buddha Ghat, which was built in remembrance of Buddha’s cremation near the river banks of the the Hiranyavati River.