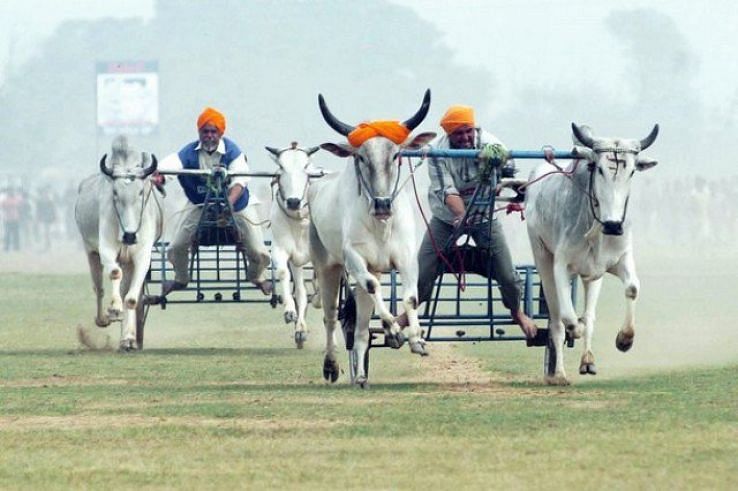 India is a country with various cultures and festivals. India is a place where ‘strange’ things happen, where the people of India challenge the typical way the world works and creates beauty. The Kila Raipur Olympics is one of the best examples of this tradition. The Kila Raipur sports festival started in 1933 when a humanitarian named, Inder Singh Grewal brought the farmers together from nearby villages to meet annually to test their physical abilities and build unity among them through sports and games. Over the years, this festival has grown in a way that it became an international event from a small rural gathering. Kila Raipur Olympics happens in February of each year in Ludhiana and becomes a destination for hundreds of sports enthusiasts, foreigners and people that generally love traditions and colorful cultures. 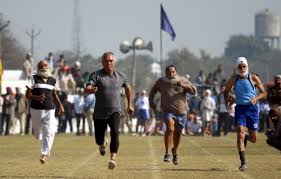 the strength and enthusiasm does not die down with time

If one travels via air, they can easily get flights to Chandigarh or Amritsar, from there you can take up a local bus or train. Via train one can go till Jalandhar from there multiple local trains are available till Kila Raipur. Roads are also well connected and a bus or taxi can be taken to reach Kila Raipur. 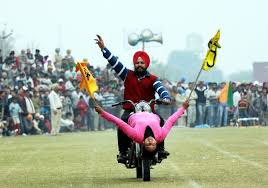 The dangerous skills in a motorbike performed by a sportsman

Kabbadi – Kabbadi is one of the main attractions at this festival. Players from different countries come to participate in this game. Kabbadi is a very famous sport in India which is also the national sport of India.

Rasa Kashi (tug of war) – This childhood game reappeared at this festival with new strength and strategies. This simple sport of dragging the opponent using the rope provided can get very entertaining and enthusiastic.

The cart races in KIla Raipur

Akharas – Akharas are the places where the local villagers learn to do ’Kushti’ which is a local form of wrestling. Wrestling is a very common and popular sport at this festival as well in different regions of India.

Sikh martial arts – The Sikh people practice their martial art tradition and try to revive their culture through this festival where they come and show different techniques and movements of this art form. This is not a sport but heavily encouraged art form at the festival.

Apart from all these games, Chaupat(Pachisi), Shatranj(Chess), camel and bullock cart races, cockfights, Kabutar Bazi(pigeon fight), Chakore Bazi(Chukar fight) and Bater Bazi(Quail fights) are popular and entertaining sports at this festival. People visit this festival to enjoy these games as well. Not only sports activities but also the various cultural performances like dancing and singing and other fun activities are also a great attraction of this festival. The performances of Panjabi folk dance forms Bhangra(performed by boys) and Gidda(performed by the girls) are famous items amongst them. The colorful tribal songs and folk performances are very attractive and entertaining that capture people’s hearts.