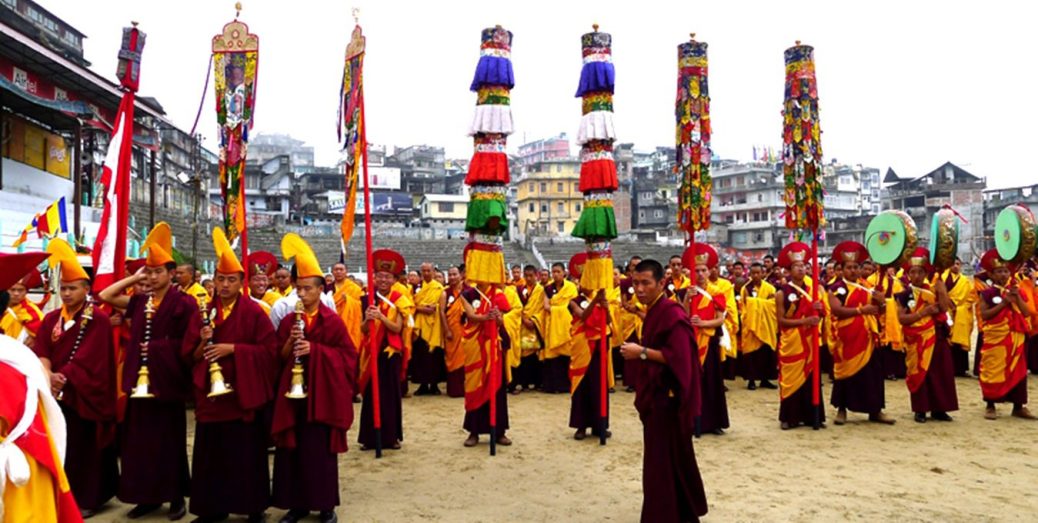 One of the most famous and biggest festivals of Sikkim, Saga Dawa Festival is celebrated with great enthusiasm and fervor every year.

The festival is the most significant and sacred for the followers of Mahayana Buddhism who on this auspicious occasion commemorate Lord Buddha’s birth, his attainment of enlightenment and salvation from this corporeal world.

For all travellers and cultural aficionados seeking a sneak-peek into vibrant Buddhist culture, undoubtedly, Saga Dawa provides for a perfect platform offering a visual treat of various religious ceremonies and street processions.

History of the Saga Dawa Festival

Though Saga Dawa or the Tripe Blessed Festival is believed to have a history dating back to past many centuries, its date was officially formalized at the first conference of the World Fellowship of Buddhists held in Sri Lanka in 1950.

Today, the festival is celebrated across different countries in different ways and under different names; while Tibetans and Sikkimese celebrate it as Saga Dawa, many southeast Asian countries like Singapore, Indonesia, Malaysia and Sri Lanka celebrate it under the name of Vesak Day.

And all across India except North-Eastern regions, the festival is commonly known as Buddha Purnima. 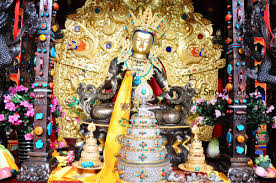 Saga Dawa is a sacred event in Sikkim. On the day of the Saga Dawa the people of Sikkim, especially the Mahayana Buddhists gather in temples and pay due honour to the Lord who has endowed them with various gifts along with the supreme bliss of life; life as we all know, is that milk of paradise which we drink till our last breath; it is god-gifted.

Buddhists of Sikkim gather in the temples and light up lamps in honour of the Supreme Lord; he is supposed to have enlightened the path of the travellers who travel eternally only to lose their way. When their path is lost they wander amidst the worries of life, but almighty come with a saving hand.

Butter lamps are usually lit and the ceremony is followed by a grand pageant that consists of Monks who move along with Holy Scriptures, and chants hymn while moving forward.

This pageant travels around the city of Gangtok and is an auspicious occasion. The convoy starts from the Tsuklakhang Monastery. 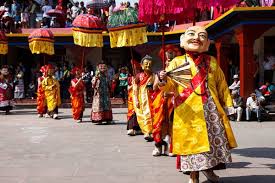 Duration of the Saga Dawa Festival

The magnificent carnival of Saga Dawa is held every year on the full moon of the 4th month of the Buddhist lunar calendar, which according to English calendar falls during the end of May and early June time frame.

Several religious rituals, including the reading of Holy Scriptures, called “Kajur Texts” and lighting of butter lamps take place during the entire month.

Devotees gather in great numbers on the streets of Gangtok on the day of the final procession to receive blessings and pay their gratitude to the lord. Giving alms and donations is also quite common as these acts of benevolence done during this holy month are said to bear ripe fruits in the future.