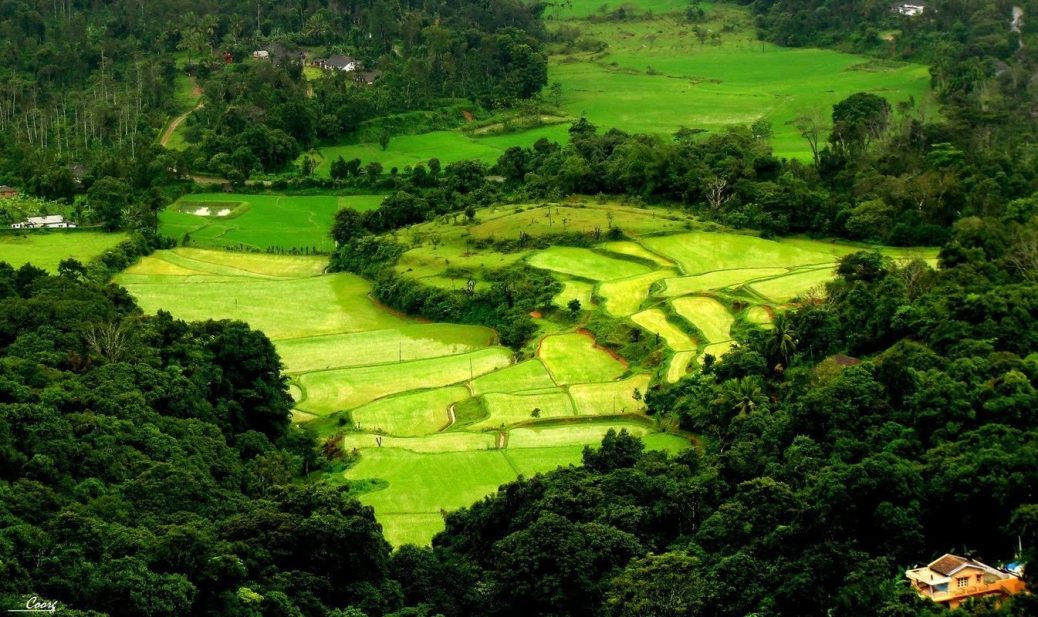 Coorg or Kodagu is a tiny district resting in the arms of the mighty Western Ghats in the State of Karnataka, India.  A district with a unique culture of its own.it is a lush green hilly region in Karnataka which is known for its spice and coffee plantations. Known ‘Kodagu’, Coorg’s landscape is dotted with mesmerising hills and the many streams that flow through it. Coorg is inhabited with the Kodavas who are known for their martial art skills as well as their generosity. ‘Madikeri’ is the region’s focal point pertaining to transportation.

Coorg has maintained its pristine nature intact amidst of environmental degradation. Kodava is the chiefly spoken language in Coorg.  The district has maintained its secular culture by accommodating and assimilating all other cultures, resembling a ‘mini India’.

The best time to visit Coorg is OCTOBER -MARCH. It is also called as “THE SCOTLAND OF INDIA”. 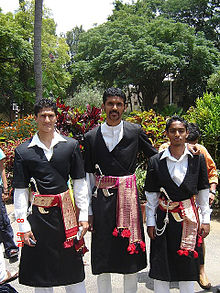 A king named  Chandra Varma had a privy army who escorted him on his campaigns until he came into Kodagu(Coorg). Coorg, the source of the River Kaveri, was uninhabited jungle land when he arrived to settle here. Thereafter he became the first Raja of the Coorg principality. He had 11 sons, the eldest among them was Devakantha who later succeeded him as Raja. They were married to the daughters of the Raja of Vidarbha. These sons and their descendants cultivated and populated the land of Kodagu, they came to be called the Kodava race.

The few topmost exotic places to visit in Coorg are 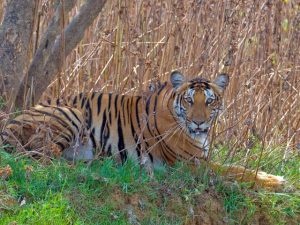 Coorg is well known for its wildlife sanctuaries Nagarhole is one of that kind. There are approximately 270 species of birds and a wide variety of animals. The best time to visit the National Park is during the summer season when most of the animals could be seen around water bodies. In fact, one can easily see Tigers during this time which is otherwise difficult to spot in other seasons. Winter is also a good time to visit this place in order to explore it more conveniently. 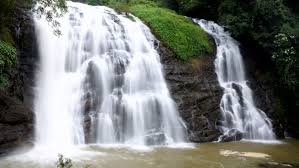 This graceful waterfall is one of the elegant, beautiful waterfalls in South India. This waterfall is the most visited place in COORG. The site of these waterfalls with cool misty clouds as a backdrop is a breathtaking view. Located just a kilometer away from the town of Madikeri, these waterfalls are located amidst tea and coffee plantations, appending to its beauty manifold. If you really want to enjoy the beauty of Abbey Falls to the full then visit the place during November and December when it can really be appreciated to the full. 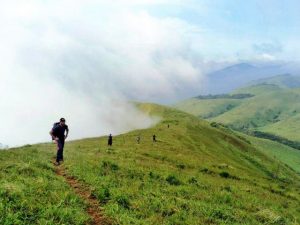 This amazing range is located in the formidable Western Ghats and is a great spot for trekking and hiking. Passing through wondrous grasslands, vibrant floras and streams of clear blue waters is an experience in itself.

The place also has an exciting wildlife sanctuary that houses a variety of exotic species of animals like Lion-tailed Macaque, Jungle Cat, Spotted Deer, Giant Flying Squirrel, Nilgiri Langur and many other. This is a great place to enjoy beautiful sceneries and indulge in some thrilling adventure. 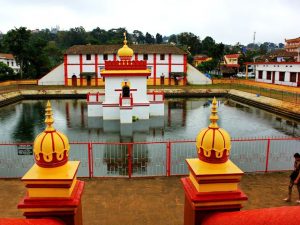 This temple was built in 1820 as a dedication to Lord Shiva. The temple was constructed after Lingrajendra II unjustly killed a Brahmin. The architecture of the structure has a central dome and the four corners of the temple have turrets.

The temple is adorned with a beautiful lake in the front which harbors a number of different varieties of fishes. Omkareshwar temple presents a wonderful blend of Gothic and Islamic styles of architecture and thus it also resembles a Muslim Dargah sometimes.

So next time when you go to Coorg do visit the listed places and tell us how it was in the comment section below.