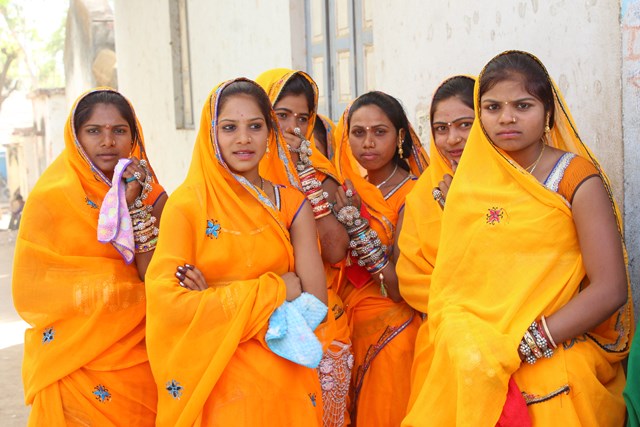 Reason Behind the Name of Bhagoria Festival 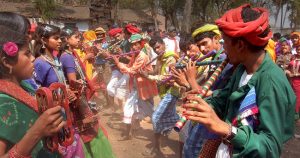 According to the tradition, the boy is supposed to apply red powder (gulal) on the face of the girl whom he chooses as his wife. If the girl is willing, she also applies red powder on the boy’s face.

The girl might not accept his offer immediately but in due course, the boy can persuade her and succeed. This festival also has agricultural significance as it coincides with the end of the harvesting season. Some people also celebrate it to mark the completion of harvesting. 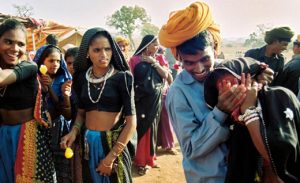 This festival will showcased by Madhya Pradesh on the Republic Day of 2015. But some have alleged the above-described version of festival, like a distorted version. They claim that Haat is like market only and people go here to buy goods for Holi festival and there is no tradition like matchmaking of boys and girls.

The Cheerful Ambiance of Bhagoria Festival

During ‘Bhagoria’ one can experience the essence of tribal culture. Also, an array of shops selling the silver jewelry to clay pots to fruits and vegetables. Haats at this festival are sure to make your day with a great shopping experience.

Bhagoria has an agricultural significance attached to it. It commences with the end of the harvesting season. The local people, therefore celebrate the festival to mark the completion of the same. One can turn up to the festival to catch glimpses of the young tribal people, all dressed up in colorful attires, playing the traditional instruments, singing and performing the regional dance at the haats.