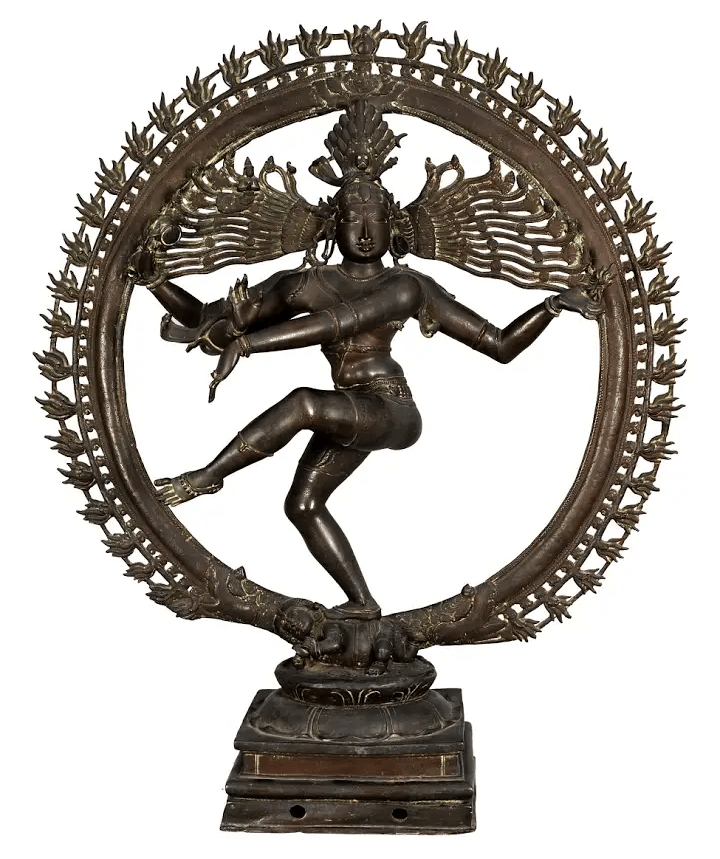 Indian Bronze Sculpture is the most popular metal for cast metal Sculptures. Starting with the first smelting of metals bronze sculptures have been part of human kind’s attempts to create artistic images of the world around it.

Some of the archeological discoveries of bronze sculptures has helped a lot to know about earlier civilizations such as Indus Valley civilization.

Considering the historical perspective bronze is one of the most popular metals used for metallic sculptures due to its availability and composition. Since they were highly variable in composition most of the earlier metallic workers used whatever scrap they could get.

The common bronze mixture contains 88% Copper and 12% Tin. The common Bronze alloys used for sculptures have the unusual property of expanding slightly before they set and it made it easier to fill out the finest details.

a quality that made it desirable among the cast metallic artistic society. As the bronze cools down it begins to shrink a little making it easier to separate the cast from the mold.

The most common method for making bronze sculptures is the Lost waxing casting process. 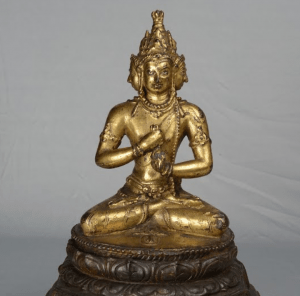 Indian bronzes exhibit rare charm and exquisite beauty. They are valued for their elegance and craftsmanship.

The oldest group of bronze sculptures from the Indian subcontinent date back to the 3rd-millennium B.C.E. Occasionally it was alloyed with eight metals and called Ashtadhatu.

Usually, Indian bronzes are cast solid but very often they can be hollow and finished with engravings, gilding or repousse.

The tradition of casting metal images started in north-west India.

It later travelled through the heartland of the country, reached south India around 3rd-4th century C.E. and attained a high watermark under the reign of Pallavas, Cholas and other succeeding dynasties.

Bronze sculptures have been discovered from all parts of India; from Kashmir in the north to Kerala in the South and from Gujarat in the west to Odisha in the east.

Bronze images of saints were conceived by craftsmen as ideal portraits. These images show the persona of the saint, usually recognizable by his specific attributes and by his physiognomy.

They were dearly admired for their absolute devotion, lucid poetry and selflessness. Owing to such qualities they were molded into bronze figures and worshipped in home-shrines. 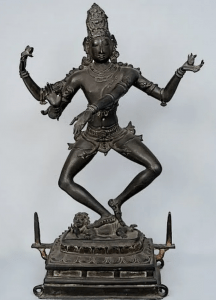 Bronzes of the post-Chola period, that is Vijayanagar and Nayaka, as well as later periods of Kerala, are characterized by growing emphasis on minor details and elongated figures. The images are elaborately carved but in perfect harmony.

The emphasis on details is more obvious in the 17th-century bronzes form Kerala. Metal sculpture making also existed in the Deccan plateau, lying between the Narmada and the Tungabhadra rivers.

The craft of image casting in metal, however, dwindled almost to a ceasing point with the coming of Islamic dynasties in the 14th-century CE.

The bronze tradition from the Himalayan region, which primarily includes the valleys of Kashmir, Chamba, and Swat are unique and widespread. The earliest bronzes found from these areas belong to the post-Gupt

The Kashmiri Bronzes, belong to the 9th to 13th century. The Kashmiri artists excelled in gold and silver casting although they preferred to work in brass.

The Kashmiri bronzes are pale gold in colour and gilding is rarely seen. The sculptures are full and rounded, and Gandhara or Greek influence can occasionally be seen.

The Himachal bronzes are not full-bodied but slim in comparison and bear a linear quality that defines the Pahari style of art. The subjects of the bronzes are mostly Buddhist and Brahmanical.