Introduction Of Katkari Tribes of Maharashtra 2021 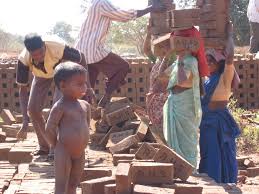 India, a home for the largest and diverse tribal population in the world supports 84.4 million of them. Tribal people are the ones who have been unaffected by the modern-day developments and leading their life by fishing.

hunting or agriculture in the deep nature while upholding their long traditions, practices and languages. Focusing on The Katkari tribes, a group of nomadic forest dwellers in the Raigad and Thane districts of Maharashtra.

Katkari, the name derived from their common occupation, production, and selling of Catechu or Katha from Acacia catechu tree. They speak Katkari, a mixture of Marathi and Konkani languages.

Though chopping of Khair trees was banned by the Forest department, Katkari people are pinned to the sale of catechu and other forest products, hunting and labors in agricultural lands.

After shifting cultivation was also banned, they were bound to keep migrating. Industrialization compelled them to leave their ancestral lands and jobs and work in brick kilns and charcoal units.

With predominating untouchability and other practices, the people of the tribe aren’t allowed to abode with the villagers. Another aspect is the fact that Katkari has kooky food obsession like eating rodents and believe that it gives them immense strength.

A festival called Undir Navmi was created by them dedicated to rodents. Seasonal job searching has affected the education of the children obliged to dropout and rarely are they allowed to join again. This cycle continues, leaving the Katkari people uneducated.

235,022 Katkari were reported by the Census of 2001 across Maharashtra, Gujarat, Rajasthan and Karnataka. Katkari has been classified into the Scheduled Tribe and labeled a Particularly vulnerable tribal group or PVTG which was essential.

With dying tribes, it’s important to save the hubs of culture, languages and traditional practices who have safeguarded them for generations and let nothing affect their lifestyle and interests as a community.