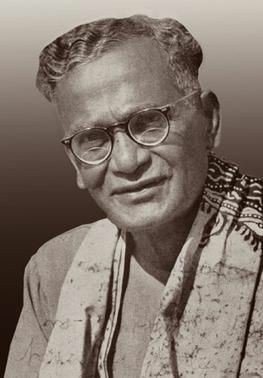 Nandalal Bose was born on 3rd December 1882 in a Bengali family of Kharagpur in Bihar. Born in a middle-class Bengali family he never had the support from his family to become an artist. But with his passion and confidence in self today he is one of the most celebrated Indian artists of the 20th century.

Since his early days of life, he found himself being more interested in art but his family didn’t support his passion. But after his constant failures in commerce, Nandalal convinced his family about his decision to study art by joining Calcutta’s School of Art. 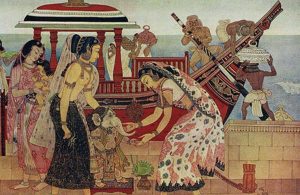 Nandalal Bose was a pupil of Abanindranath Tagore and was widely known for his “Indian style” paintings. His art style was deeply influenced by the Tagore family and murals of Ajanta. His paintings were mostly of village life, mythological characters and portraits. He soon became part of the international artists and writers whose aim was to bring back the Indian culture and traditions. 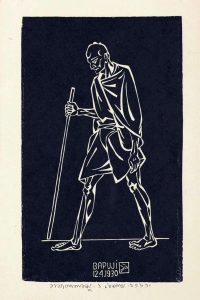 His portrait of Mahatma Gandhi became very popular and many people started looking up to his artworks and admiring for his support and creativity. The portrait became the symbol of the non-violence movement. He is a well-known person in India’s modern art and Contextual Modernism.

He also had been an important person in Indian government activities. He designed the manuscript of the Indian Constitution. He was assigned a job to design the emblem of prestigious government awards like Bharat Ratna and Padma Shri by the Prime Minister Jawaharlal Nehru himself. He has created more than 7000 paintings during his career and he was one of the important people of the renaissance in India.

Today, most of his paintings are kept in the National Gallery of Modern Art in Delhi. Young artists of today look up to him and his passion and dedication towards the art. He is an inspiration for the young generation today to believe in themselves and work hard to grow better and better.