Jain Muni Kesh Lochan and The Urge for Rest 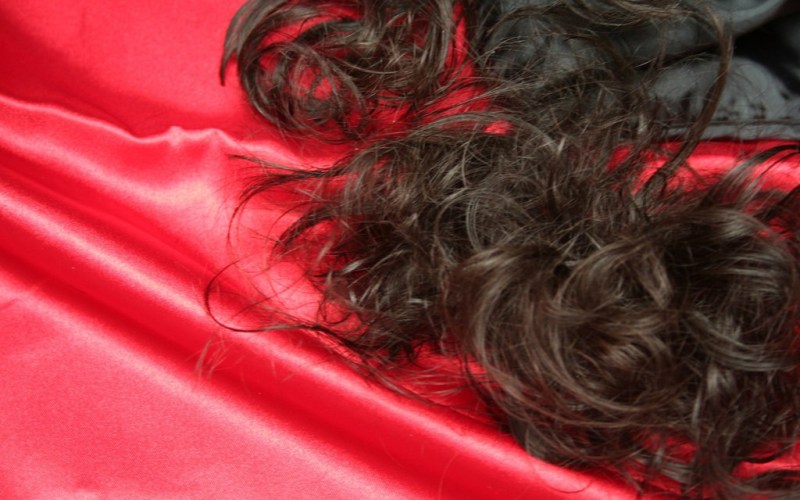 Jainism or Jain dharma is one of the ancient Indian religions which currently has a base of followers of about four to five million with the majority living in India. Jain texts reject the idea of a creator, ruler or destroyer god and instead understand the world as an eternal universe and thus different from the monotheistic Abrahamic religions.

It is similar to Buddhism and non-theistic Hindu philosophy (religious and non-religious attitudes categorized by the absence of belief in a God).

Jains have five main principles to live by which are followed in various levels of severity according to which segment of Jainism one belongs to (i.e. – Digambaras, Śvētāmbaras and laypersons and monks in both).

The following are vows that must be taken by male monks (sadhu) and female nuns (sadhvi):  ahiṃsā (non-violence), satya (truth), asteya (not stealing), brahmacharya (celibacy or chastity or sexual continence), and aparigraha (non-attachment).

At the time of initiation, monks and nuns take these five vows and live strictly in accordance. If they violate these vows, they must undertake a ritual of repentance (Präyashchitta) for self-purification. 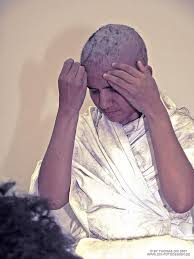 In accordance with the fifth vow of non-attachment, the ceremony of Kesh Lochan is conducted for monks and nuns.

The Jain Sädhus and Sädhvis after receiving the Dikshä (initiation), pluck their hair twice a year or at least once a year at the time of Paryushan (coming together) which is the biggest festival which usually falls in the month of August or September according to the Gregorian calendar.

They pluck their hair or they get the hair plucked by others.  This is called Kesh Lochan or Loch.  It is also considered as one kind of austerity where one bears the pain of plucking hair calmly and not depending on others by putting oneself through the pain.

It represents non-attachment to worldly possessions even extending to the removal of hair which is seen to be a beautifying factor in the general society. The ceremony usually begins with rubbing ashes on one’s head. The hair is often offered to god as an offering.

Kesh Lochan is usually performed in front of the group even though it can be done in private. Recently we have witnessed Jain Muni Samatasagar performed ‘Kesh Lochan’ publicly at Mahaveer Temple at Lakshmi Nagar, Delhi with an audience of a lot of people to encourage others to participate in this ritual.

This ritual is done as a process for the renunciation of worldly pleasures, stop the tedious process of rebirth, demolish karma and be the victor or ‘jina’, a Sanskrit word whose derivation gives the word Jain.

It is truly interesting to note the urge for eternal rest can cause religion as an institution to be kept in such high regard that one would go to such lengths of pain and perseverance.