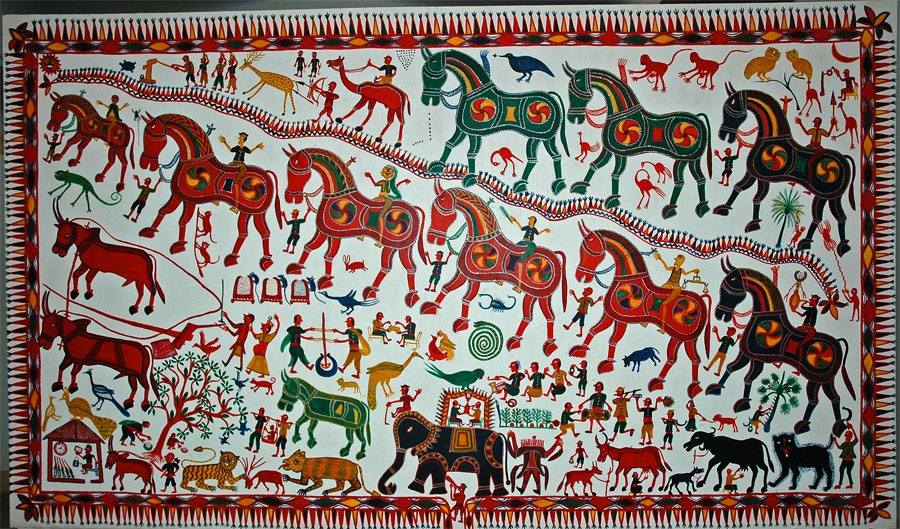 Pithora painting is considered as a very ritualistic painting that is commonly seen in the central part of Gujarat. The paintings, that is usually drawn on the walls, is painted by the Rathwa and Bhilala tribes, who reside in the internal parts of Central Gujarat.

These paintings are painted on the three inner walls of the house, and it holds its significance by bringing peace, prosperity and happiness in their houses. 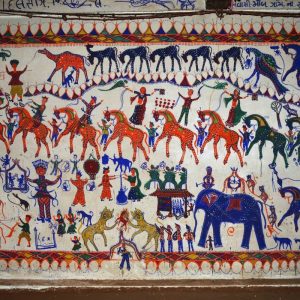 Pithora painting is more of a ritual than an art form. These paintings are drawn to worship God to ward off their difficulties in their houses, or more times just to thank God for protecting their household.

Since this is a ritual, there is a proper process of worshipping that is followed. In Rathwa tribe, Bhadwa, or the head priest, is summoned and all of the problems of that house are narrated to him. The priest then suggests some rituals to the Ghardhani, or the homeowner, that should be followed by him.

After Ghardhani has completed his rituals and has taken the vows that the priest tells him to, both of them invite Lakhara, the one who paints Pithora. After Lakhara has completed his painting, it is said to be the end of the whole ritual that helps in warding off problems and vows are fulfilled as well. 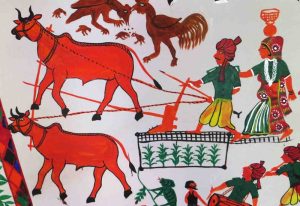 Pithora painting is always painted at the threshold of the house, or the Osari, else it is painted on the first wall after the entrance of the house.

What are the Motifs in Pithora Painting?

Since Pithora is more of a ritual than an art form, there are a lot of deities in these paintings.

Some of the important deities that the Rathwa tribe worship are Baba Ganeh (a deity that is considered as Ganesh in Rathwa tribe), Baba Ind (Lord of Rain), Baba Pithora (the primary god of Rathwa tribe), Pithori Rani (wife of Baba Pithora), Baar Matha no Dhani (the enlightened one with 12 heads) and Lakhari and Jokhari (authors of future). 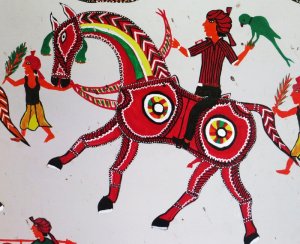 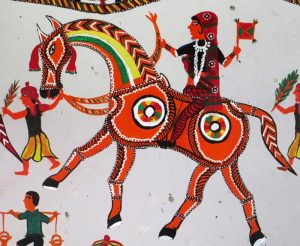 Apart from the deities, every other part that is painted is quite natural. The natural elements include all living creatures. Human activities are depicted as normal ones such as ceremonies, dancing, alcohol making, the churning of buttermilk and drawing water from well. Thus, the paintings show their everyday perspective of the world. 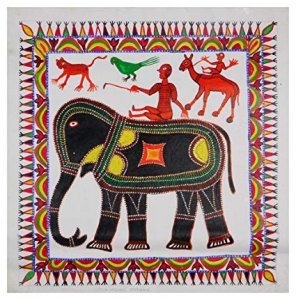 Pithora paintings are thus considered as a unique form of art that is mixed with rituals, something that is very rarely seen in India.