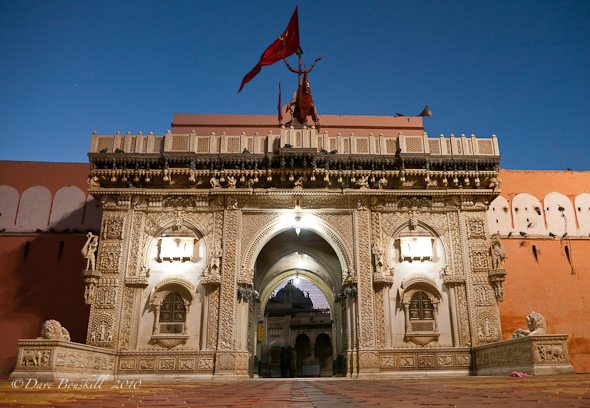 She lived between (1387-1538). Deshnok a small town near Bikaner, around 30 km away from Bikaner was extremely blissed by goddess Karni Mata.

Maharaj Ganga Singh built an awesome temple of goddess Karni Mata in Deshnok to show love, faith, and respect towards her.

The temple has a very good architect of Rajputana type and it was estimated that there are approximately 25000 rats residing in that temple. The story behind this incident is indeed magical.

The rats are considered as a holy animal there, rats in that temple don’t bite any of the pilgrims who go there for worship. This temple is the main attraction of tourism place across Rajasthan, people around the globe visit this rat temple enthusiastically. 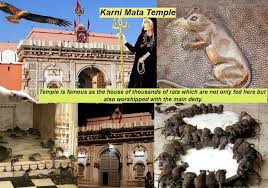 The temple was built by Maharaja Ganga Singh between (15th-20th) centuries. Karni Mata temple is mainly famous for the army of 25000 (approx.) rats residing here. Let’s explore the story behind this.

It is written in history, that Laxma Karni Mata’s stepson drowned in a pond in Kolayat, while he was attempting to drink water from it.

There is a notion there, if you eat the food eaten by the rats then you turn into a lucky guy and is blessed by goddess Karni Mata.

There are also some white rats residing in the temple, if you are able to spot them, then you are considered as a lucky one. And if you kill mice there, you need to offer a statue of a silver mouse, to show your sympathy and respect towards the goddess. 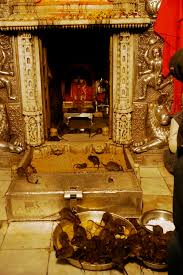 Beautifulness of the place:

The temple is fully made up of marbles, to make it strong and cool in temperature. Every year two fairs are organized in Deshnok, at Karni Mata temple in March-April, and in September- October.

Every morning at 4:00 am they organize a (Mangla Arti) which is really satisfying, calm and pleasant to watch.

If you are a traveling enthusiast or searching for a destination to visit, you can check in here for a pleasant, calm, and energetic environment full of whispers and chants of worship.