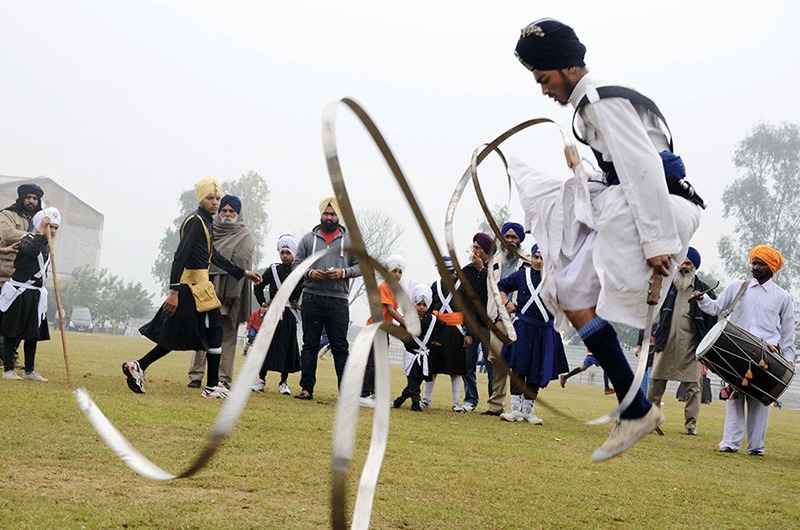 Are you looking for Gatka martial art? then to check out this post. India is a country having a versatile type of traditions, cultures, lifestyle, fighting style, one such fighting style is “GATKA”. Gatka belongs to a fighting style originated from Punjab, also known as Punjab martial art.

It mainly associated with the Sikhs of Punjab, Tanoli (Phatan Tribe) and Gujjar communities residing in the mountain region of Northern -Pakistan and India.

The basic weapon used in this fighting style is a wooden stick, which intended to simulate a sword. This is a very old fighting style with a great and amazing history. 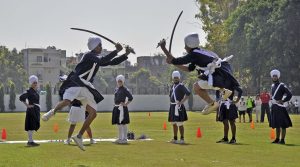 During the Indian rebellion of 1857, the Sikhs assisted the British army in crushing the enemies. As a consequence of this assistance, restriction on fighting practices was relaxed, but Punjabi martial art which re-emerged after 1857 had changed significantly.

The new style is adopted the sword fighting techniques to wooden sticks. It was referred to as “GATKA”. The Punjabi word Gatka properly refers to the wooden stick used, the sword originates as a diminutive of Sanskrit Gada means “mace”.

There has been a revival during the late 20th century, with the International Gatka Federation was founded in 1982 and formalized in 1987, and Gatka is now famous as sport or sword performance art and often shown during the Sikh festival. 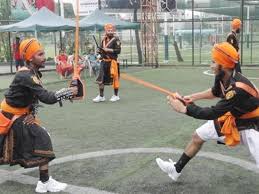 The fighting style like the Defendu system devised by Captain William Ewart Fairbairn is also inspired by “Gatka”. Khel (sports) is the modern competitive aspect of gatka, originally used as a method of stick fighting in medieval times. While (Khel gatka) is most commonly associated with the Sikh community, it has always been used as a martial art of the cultural groups.

India is such a big country, comprising of thousands of traditions, cultures, and lifestyles. We need to admire and give respect to versatile India, also we need to read about different cultures, to fall more in love with our country, this shows the unity in diversity, have respect towards yours nation and feel proud to be a part of such wonderful nation on this planet.