Pehalwani – Wrestling in the Indian sub-continent 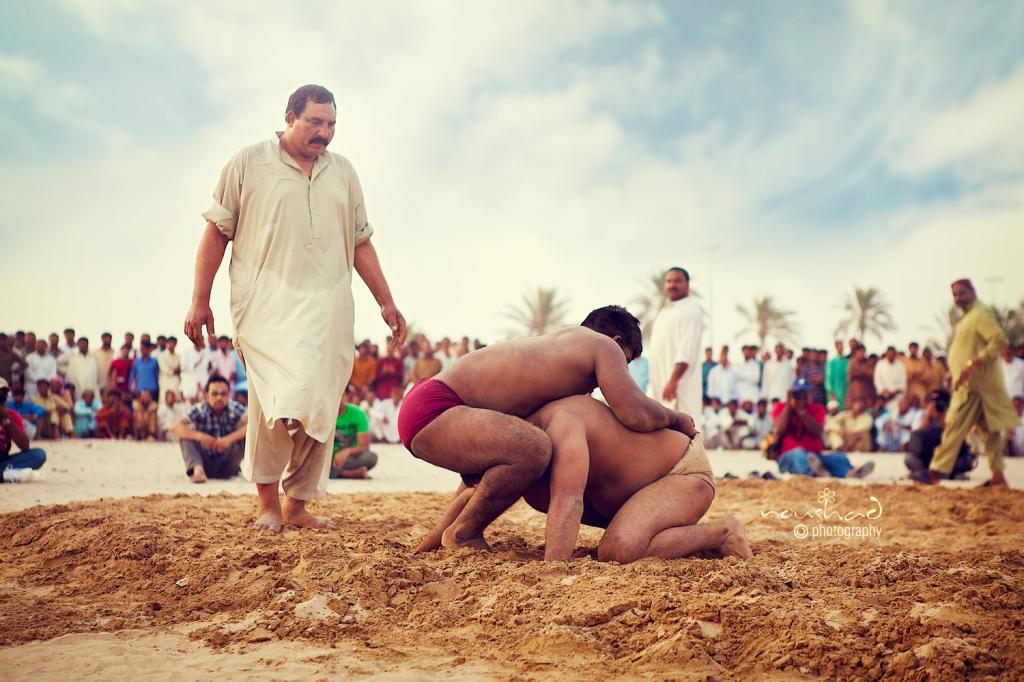 The Indian sub-continent is no stranger when it comes to martial arts. With Kalaripayattu, the oldest form of martial art, the list goes on with indigeneous sports were being practiced across the country. The Ultimate Fighting Championship, Boxing and Modern-day wrestling have their roots in the traditional style of Indian wrestling which in local terms called as Pehalwani. 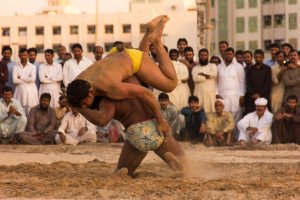 Pehlwans wrestling in front of a crowd.

Most of the facts would be much familiar because of the soaring popularity gained thanks to films like Dangal and Sultan in Bollywood. The strict diet they practice, their everyday training routine distinguish the wrestlers and the sport from the modern-day wrestling that is done either scripted in World Wrestling Entertainment or the Olympic sport of Wrestling. But to get a grip of how this ancient sport evolved we need to dive into history.

These paintings of Kolhapur are insane! Read here! 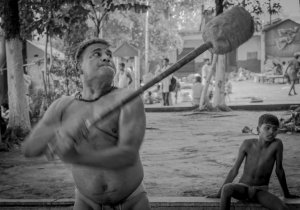 Gadha, the weapon which Hanuman used, is now used during workouts

It was in the age of the Mughals where the sport took a drastic change from the original form which was called Malla–yuddha. It was considered to be a tribute offered to Hanuman, the Hindu god for practicing the sport and this explains why the Rajputs, Marathas and every Hindu king in the North supported the sport, conducting them in the name of the emperor himself. Large sums of money and land were offered to the winners during the age of the Marathas.

Auroville is the future know why here! 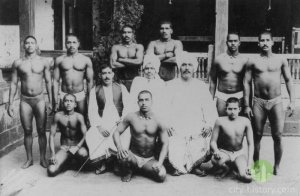 An old picture of wrestlers with their Ustad (master)

The lifestyle of a Pehalwan is simple yet requires discipline and consistency where they should not consume alcohol or tobacco and have a diet which was rich in protein and avoid foods that made them lethargic. The typical Pehalwan would practice wrestling for 4 to 7 hours a day in the place called Akhara, the wrestling school. Unlike modern-day wrestlers, Pehalwans do not have well-defined physique yet follow a difficult workout routine prior to getting into the pits which are always maintained at a consistent texture. 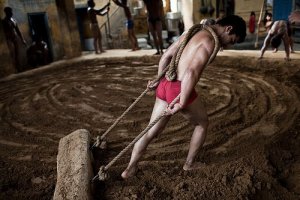 A Pehlwan preparing the circular pit for practice

With wrestling being carried out in the indoor stadiums with expensive coaches and a modern gym to train the athletes, the ancient Pehalwani is not practiced widely across the country as it was used to be except for the parts in and around Punjab. The exact sport might have faded today but the essence of physical sport and man-to-man combat sport has their base and essence in the Indian version of wrestling.