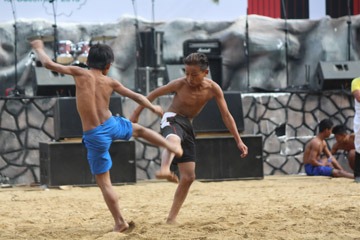 Aki Kiti Sumi Kick Fighting is from Nagaland, During the old era, physical fitness did not hold great importance. It was needed only to accomplish day to day chores. Back then no one had thought that regular physical activity like running, swimming, fighting, etc would evolve to such an extent that it will become athletic and competitive.

There are a large number of games, both indoor and outdoor, played all over the world at a very high level, but there are some sports that are not evolved yet and are losing their permanence. One such sport is Aki kiti (kick fighting),

which is played specifically in Nagaland, a North-Eastern state in India. It looks like a mixed version of combat sports and mixed martial arts. While there are basically no rules in mixed martial arts, Aki kiti is strictly restricted to kicking and has quite a few strict sets of rules. 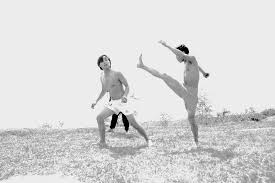 Aki kiti is not like any other sport. The unique thing about it is that the sole is the only weapon. In this game, the player has to maintain their balance throughout the show. They have to stand on the left leg while kicking from the right leg without falling on the ground.

The rules of the game are quite straight, using your hand is considered foul. The game is usually three to four minutes long and consists of 3 rounds. The last person standing after kicking down his opponent is declared a winner.

Though not many have an idea about this game, it is present from a very ancient period. It is practised in Nagaland for ages. However, the exact origin of the game is still not known.

The sport is essentially promoted in Nagaland and is on the verge of extinction. The extension of modern games can be counted as one of the reasons for the lack of recognition shown towards it. 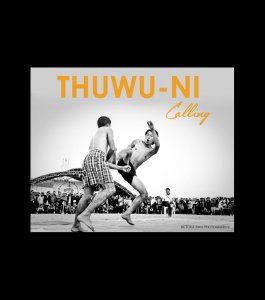 It is believed that Akikiti was played as a source of amusement for men. It was also played to resolve the dispute among people or parties. However, the sport is categorized athletic now. In this era, it is practised by local Sumi indigenous tribes, especially for the Sumi games.

Few associations in Nagaland are promoting this game among the young generation. The main purpose of the game is to promote physical fitness among lads.

With the vision of encouraging and reviving, the association held the game every year during the Thuwauni festival celebrated in Nagaland. Aki kiti is incomparable and intense at the same time. It is highly entertaining for both the audience and the players.