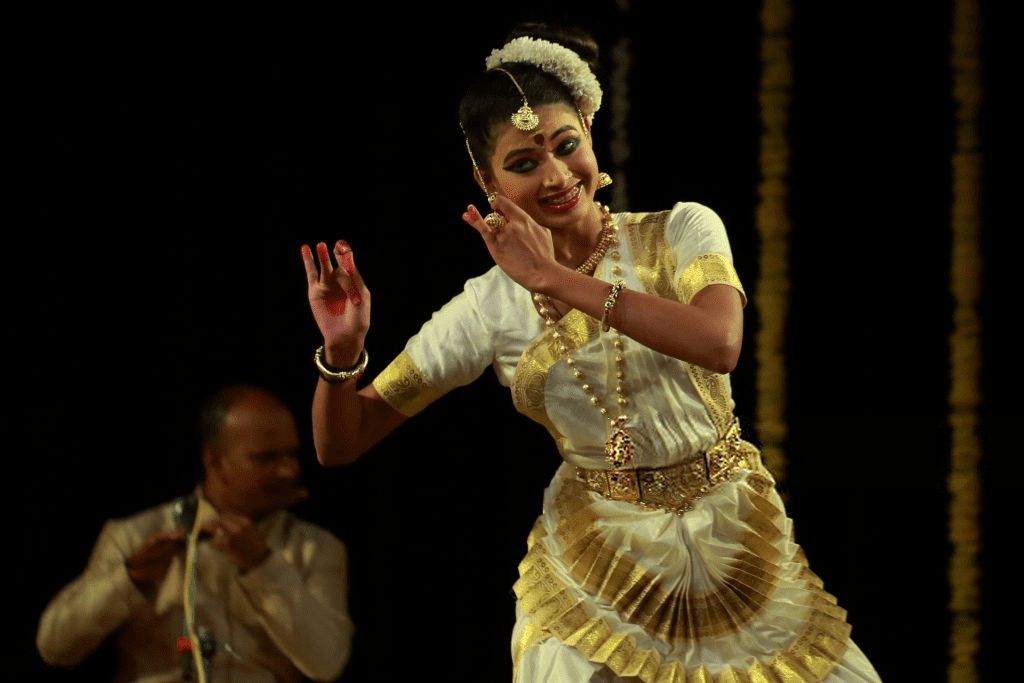 Mohiniyattam is an Indian classical dance form that evolved in the state of Kerala. Mohiniyattam is believed to have originated in the 16th century but flourished from the 19th century under the patronage of the King of Travancore Swathi Thirunal.  Under the sovereignty of Swati Thirunal the king of the state of Travancore, this dance form achieved a great reputation, and the king made heavy efforts to promote the study and practice of this dance form. The word ‘Mohini’ means an enchantress or a woman who attracts the onlookers with her charm, graceful and seductive body movements.

Lord Vishnu once came to the aid of the Gods by assuming the form of the beautiful enchantress Mohini to seduce their arch-nemesis, the demons. The old temples dancers are said to be the first to have started this dance form in commemoration of this great mythological event. Mohiniyattam dance celebrates the basic essence of true Indian femininity. The overall costume, makeup, and jewelry exhibit the loveliness of an Indian woman. It is one of India’s most loved dance forms even today. 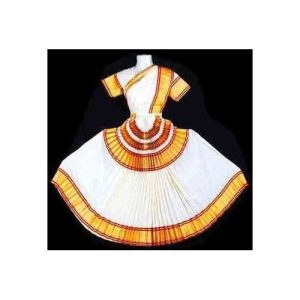 There is only one particular saree used in this dance and that is the famous and much sought after Kerala Kasavu saree. The Kerala Kasavu saree is one of the finest sarees found in Kerala and the basic blend of colors are the creamy white along with a rich golden border.

Vocal music of this performance art incorporates different rhythms and lyrics of many of the compositions performed in this dance form are in Manipravala that is a mix of Sanskrit and Malayalam language while the music style is Carnatic. Instruments played during a Mohiniattam performance usually comprise of Kuzhitalam or cymbals, Veena, Idakka, an hourglass-shaped drum; Mridangam, a barrel-shaped drum with two heads and flute. 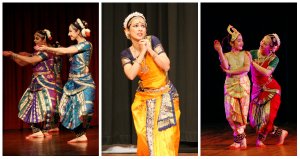 Mohiniyattam follows two performance categories namely, ‘Nritta’ and ‘Nritya’ mentioned in ‘Natya Shastra’. It follows the Lasya type of dance that showcases a more graceful, gentle and feminine form of dancing and displays excellence in ‘Ekaharya Abhinaya’ form, in other words, a solo and expressive dance art complimented with music and songs.

Countries like the U.S.A, the U.K, and some parts of Europe have also gotten familiar with this dance style and have always been in awe of the mesmerizing movements that portray Indian culture with pride and a sense of prosperity. As an Indian, we are proud to have these types of dance styles that are practiced in other parts of the world.