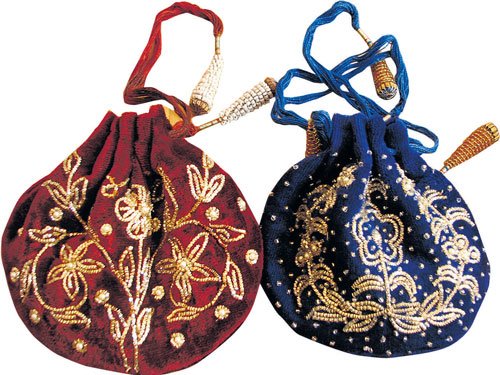 Bhopal is the capital city of Madhya Pradesh (MP). Bhopal is known for the most famous and unique beadwork. Beadwork also means “moti-ka-kaam”. This beadwork is available on ‘Potli’ Bags, Purses, Wallets, Cushion Covers, etc. The city of Bhopal was founded in the 11th Century AD by the legendary King Raja Bhoja, Bhopal was once the seat of art, culture, and scholarly activities.

The Bhopali ‘Batua’ is part of the rich cultural heritage of this ancient Bhopal city which survives due to the devotion of a few senior artisans. The ‘Batua’ craft tradition is believed to have been linked to the Gond tribe who were traditionally skilled to make exotic ornaments from bones, ivory, wood, and shell.

The traditional skill was later influenced by Persian art under the patronage of the Begums of Bhopal. The artisan creates motifs of trees, flowers, geometric shapes, creepers, animals, and birds by stitching beads, synthetic pipes, metals, and Zari thread together in an elaborate process of embroidery.

Bhopal bead craft is truly unique in its appeal. Beautiful and intricately woven to evolve a pattern from the small, tiny beads strung together, this is indeed a unique piece of craft. Bhopal was once the seat of art, culture, and scholarly activities. The Bhopali beadwork and embroidery skills are well known due to the devotion of a few senior artisans. 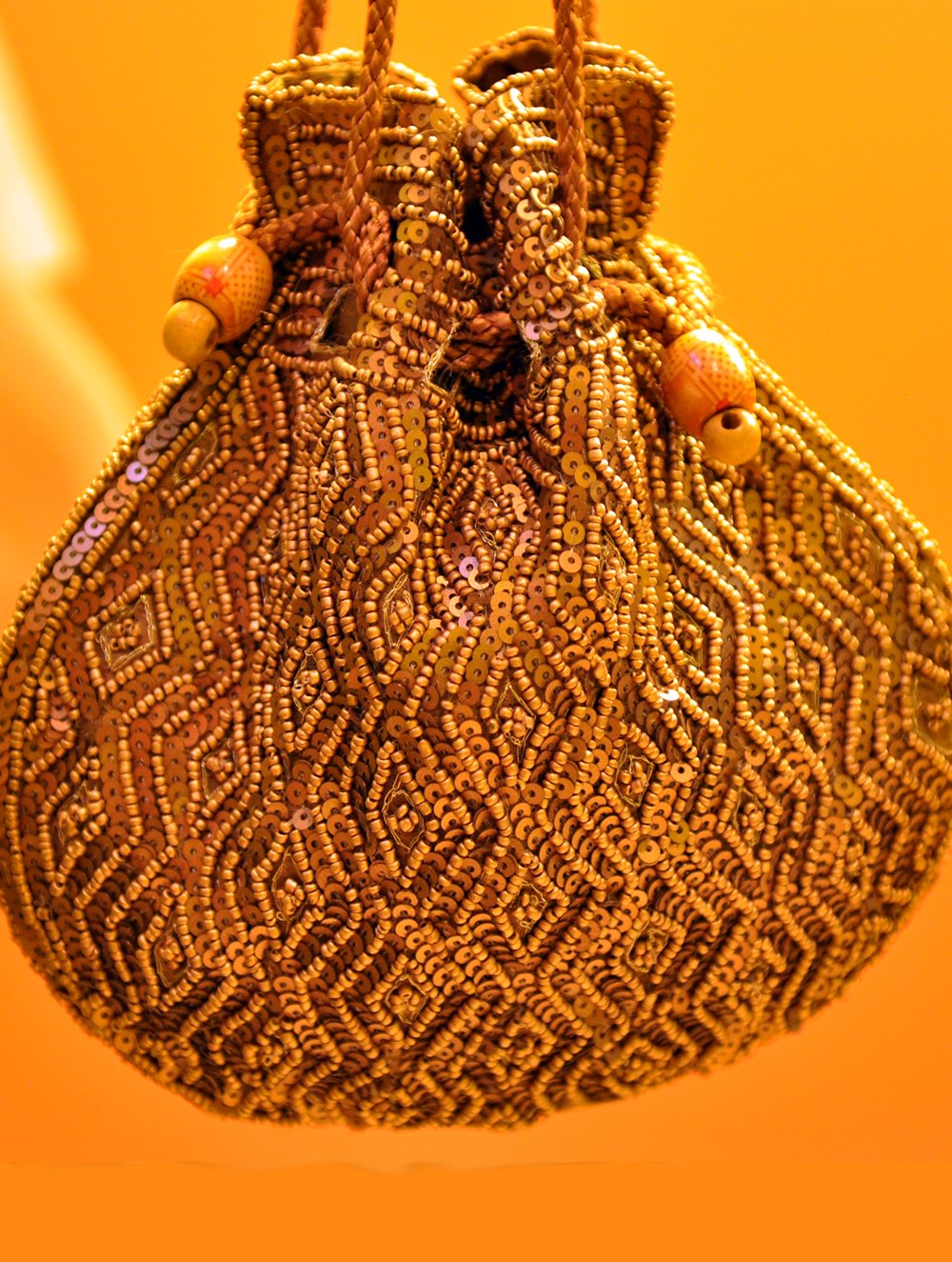 The batuas or the small purses of Bhopal are famous for their beautiful designs and intricate embroidery work.

These purses are popular amongst the local people and are used for storing small coins, betel nuts, scent bottles, cloves, paan, and other mouth fresheners. Being the most prominent part of the Nawabi culture in the past, these purses are now used as souvenirs too.

‘Batuas’, which are one of the identities of the heritage city, also reflects the traditions and culture of Bhopal. The craft links itself to the early tribal culture, which made beautiful ornaments from wood, shells, metal, ivory, and bones. This traditional skill later caught the eye of the Begums (Muslim women rulers) of Bhopal, who supported the craft and gave it a Persian touch.

They used it for carrying cloves, betel nuts, and other mouth fresheners. It was also used to keep currency. Today, the traces of the craft can also be found in fashion accessories, dress materials, wall hangings, lampshades, bags, and other decorative items. 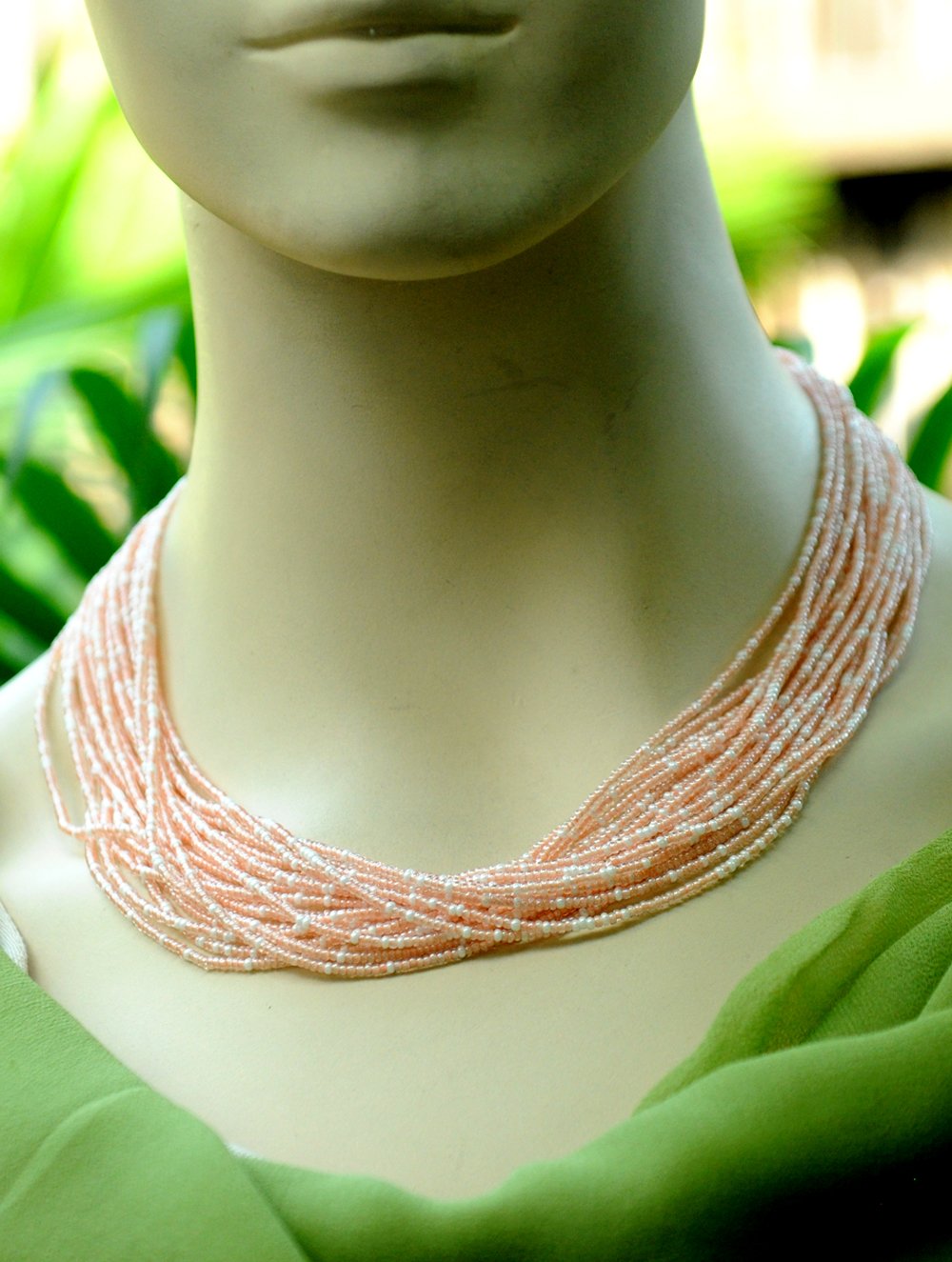 Initially, a sketch of the pattern is drawn on the butter paper. The paper is then put on the piece of cloth, which is tightly tied to a rectangular frame called adda. Tiny holes following the pattern are made on it with a needle.

A solution of chalk powder and kerosene is then applied on the drawing, which seeps through the holes and replicates the exact pattern on the cloth. A sewing needle and a thread are then used to stitch the raised motifs with Moti (beads) and sitaare (sequins).

Then the cloth is given to the tailor who stitches it in the desired shape and does the final fitting. Chains, threads, zips or handles are attached to it, according to the requirements.

No visit to this city is complete without buying some beadwork or embroidered purses, bags, shawls, tunics etc. Also, you can get very good quality fabric (silk, satin, cashmere, pashmina) etc. from the various emporiums run and operated by the governments of the different states of India in this capital city.

One visit to Bhopal will give you exposure into the various kinds of fabric and material, arts and crafts that come from different parts of the country.