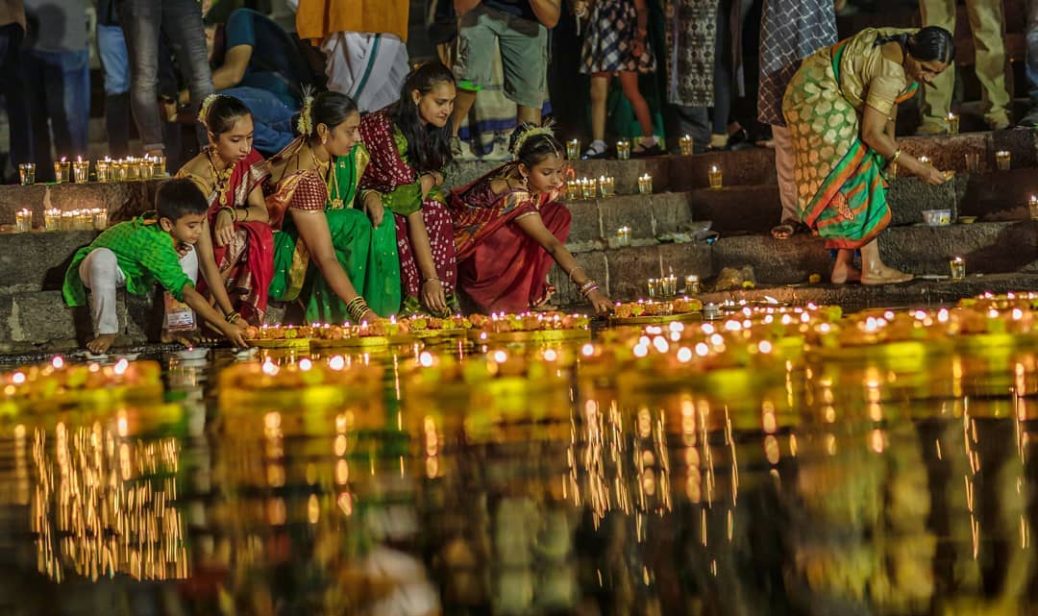 Varanasi, which is considered as one of the sacred places in Uttar Pradesh is where Dev Deepawali is celebrated. Falling on the day of Karthik Poornima (a full moon day) exactly fifteen days after Diwali, Dev Deepawali lights up Varanasi with high spirits of joy and reverence towards the almighty.

For anyone who lives outside North India, we would be unfamiliar with the term as we identify Diwali as a festival celebrated unanimously across the country. But it is at Varanasi where the god’s descent to celebrate the victory of Shiva over Tripurasur. The day starts early in the morning with the ‘Kartik Snan’ in the river Ganges. People decorate their houses with Rangoli and light their houses with Diyas. The important events of lighting the Ghats of river Ganges and the Ganga Aarti takes place in the evening where pilgrims and tourists from around the country arrive to witness this larger than life event. 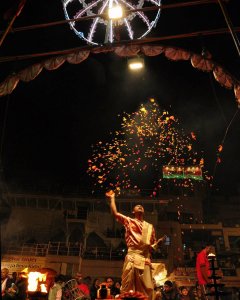 People light up Diyas and decorate their houses and the Ghats of the river, which creates a visual illuminated with wonder and awe. Thousands of Diyas are sent floating on the river (called as Deepdhan) as a sign of offering to the gods with people floating on boats to have a look at the Ghats set lit by a million Diyas. The sky is set ablaze with fireworks, people offering bhojans and people gather for the holy processions that take place during Ganga Aarti where priests with huge lamps pray and chant hymns of the goddess Ganga. The view that this festival provides will leave anyone awestruck. 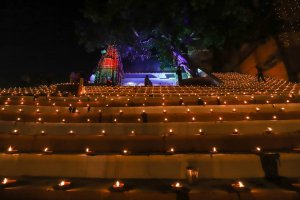 People lighting up Diyas on the Ghats of Ganga

The difference from the traditional Diwali is people believe that the gods arrive to celebrate the victory of Shiva in Varanasi, his hometown.  The victory is believed to have happened on a full moon day and so Dev Deepawali is also celebrated as Tripuri Poornima. The Diyas that were sent floating on Ganga is an act of respect towards the Gods who have descended from heaven.

The priest performing the rituals

The festival is associated as an occasion that brings peace and stands out as an important event in the Hindu culture. The atmosphere of Varanasi gets a completely new vibe during Dev Deepawali and it is inseparable from Uttar Pradesh’s culture. If one has Varanasi in their itinerary at the time of the festival, it would remain as a wonderful memory to cherish.