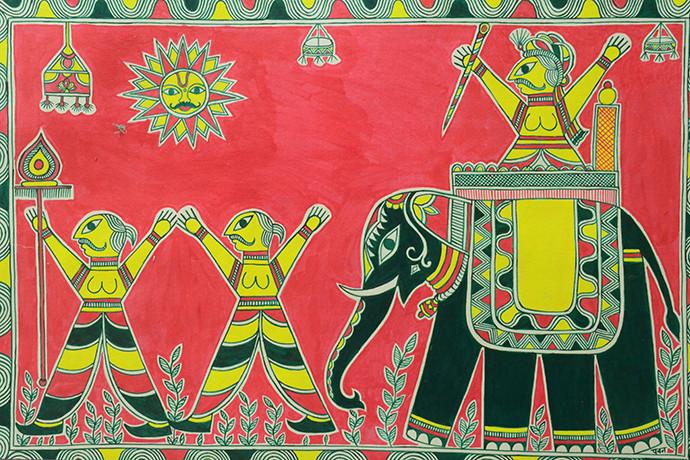 Manjusha art is believed to be the only art form in the history of the art form in India which has a sequential representation of the story and is displayed in a series. This is also called a scroll painting. Manjusha art is a folk art of Bhagalpur, Bihar, and has been dated back to the 7th century.

The name Manjusa is also associated with an elaborate story, a goddess and also a festival celebrated in Bhagalpur.

The Sanskrit word “Manjusa” means a box and Manjusas are temple shaped boxes, made of bamboo, Jute-Straw, and Paper inside which the devotees keep their ceremonial materials. These boxes are however illustrated with paintings that tell a tale.

The tale is that of Bihula who saved her husband from the deity’s wrath and a snake-bite and also of Bishahari or Mansa, the snake goddess known for her anger when displeased but also her fierce protectiveness when propitiated.

Earlier the story called `Bihula-Bishahari Gatha’ had an oral tradition of being sung though, nowadays not too many people sing it, but in Assam and Bengal the tradition is still continued and the songs are sung with the story of Bihula. It is well-known folk art.

The religious significance of this Manjusha art – 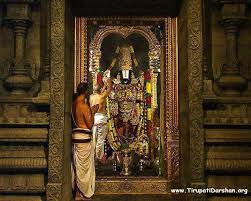 The festival of Bisahari’s is celebrated on the 17th and 18th August of every year. During this pooja, there are two things that are made during this pooja. One is the “Kalash” and the other the Manjusa.

The Kalash is made by the Kumbhakar caste and the Manjusha by the Malakar caste, each is decorated with the art of Manjusha which depicts these stories and are immersed in the lake at the end of the festival.

They worship Bisahari as they believe that they will get strength from her and her protection. She promises that their husbands will be protected from all the snakes. They worship Bihula to gain her strength and blessings and also to pray for the long life of their husbands.

There is also a ritual in which the groom before getting married, is asked to go into a small house in which, in all the four corners of the room/house there is a painting of Bisahari. The groom has to put sindhoor to all four of the Bisaharis and only then can take his bride to the mantap and all other wedding festivities and rituals can start.

This is done with the belief that since the groom puts sindhoor for bisahari first, he is married to her first and thus pleases her. The figures are called “naina jogini”

1. Manjusha Art is an ancient and historically significant art form, considered on a par with Madhubani art.
2. Manjusha Art or Manjusha Kala is often referred to as Snake Paintings by foreigners as swirling snakes in the art depict the central character Bihula’s tale of love and sacrifice.
3. A recent study on Manjusha Art provides an excellent example of how this art reflects the history of ancient Anga Mahajanapada. 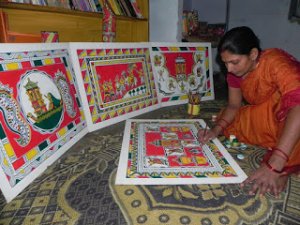 all this tens are classical characteristics of manjusha art. 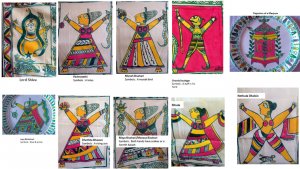 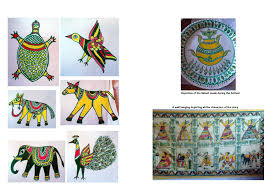 It is said that in 1984 the Bihar government made an initiative called “Jansampoorna  Vibhagh” in which they to the different-different villages of Bhagalpur and showed them the slideshows of Manjusha art so from this people can be well educated about this art form in hope of reviving it. After which Smt. Chakravathy Devi (who have started this art) Jyoti Chand Sharma came into this movement and revive this craft.
As like her, Mr. Manoj Pandit started experimenting with different materials and started painting on silk and other fabrics which help this art to take it to the next level. The Bihar government is making lots of efforts in trying to make people aware of this art form. Many skills up graduation training have been taken place in both Bhagalpur as well as in the nearby village.
They also have taken some mandatory that all the Zila Parishad banks have to hang Manjusha painting in their banks. Recently Bihar government has put together a committee which comprises 11 people out of which 4 artisans will be present to apply for a patent for the Manjusha art form. They planned it to patent as a Bhagalpur folk art.

Manjusha art is one of the famous art forms. Now the good news for the lovers of Manjusha painting is that this painting will be reflected now on clothes also. From sarees and salwar suit to shirts new and different designs were going to take place and it definitely attracts people.

For this, the second week of June 2019 has been preparing to train 30 artists. Instructors of Upendra Maharathi craft research center provide training on these artists on the instruction of the training body. Also, the design is already approved by conducting a survey among people in the past.

The design will now be given as per market demand so that the artist can further increase their business using it.

As per Manjusha Master Manoj Pandit, this training will be very effective for the upliftment of artists. It will get information about thinking and understanding of other artists in a traditional way with this 300 rupees scholarship will be given by the department every day. Also,

this training will start from June under the IDPH scheme of the Ministry of Textile, 30 artists have been selected who will be trained this time.

Now like Madhubani painting Manjusha is ready to enter the market, these paintings are preferred now in each and every place. Also, the demand has also increased in the market. The objective to train artists to just to prepare them for the market.

Like Patna, Bhagalpur walls are also covered by Manjusha art but due to negligence, it has been spoiled in many places.

That is why it is the responsibility of every person to propagate this art form as much as possible. People should make this art form on their walls. This art of Bhagalpur is now being asked in abroad too.