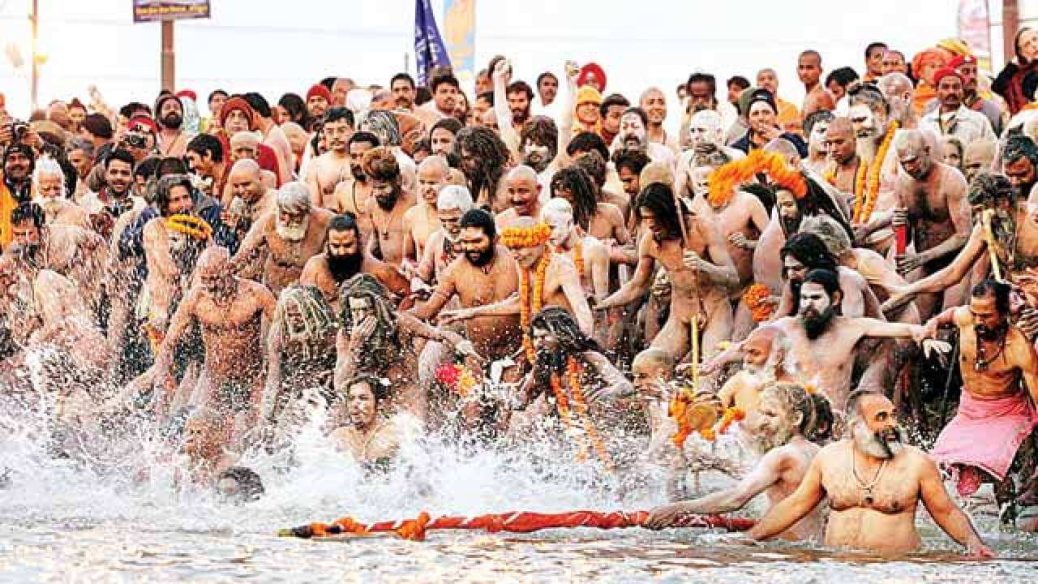 The festival of the sacred Pitcher i.e. The Kumbh Mela is the largest peaceful gathering of pilgrims in the world. People willingly participate in bathing or taking a dip in that region’s sacred river. The pilgrims profusely believe that bathing in the sacred rivers might wash off their sins and liberate oneself from the cycle of birth and death.

A Kumbh is a type of pottery in India, which is made by the Kumbhars or also known as Prajapati(a category of religion decided by their work in India). Whereas Kumbh symbolizes ‘the womb’ according to the Hindu, Jain and Buddhist context. There are 2 stories of the origin of Kumbh Mela : 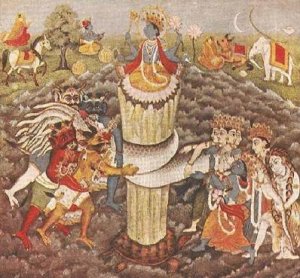 a). As per the Hindu mythology, the origin relates to the ancient story of Samudra Manthan, which was the battle between the Deities and the Demons for Nectar which was the drink to be immortal. Back then, the gods lived on earth. A curse by Sage Durvasa weakened them to a very high extent and the devils were set to cause havoc on the planet. Samudra Manthan also known as the churning of the ocean, resulted into producing the nectar which was further places in a pot. This pot was the Kumbha. In this story, ‘Kumbh’ means Nectar.

b). Whereas practically, it is said that the very first evidence of Kumbh Mela was found in the writings of a Chinese traveler named Xuanzang who during the reign of King Harshavardhana had visited India. 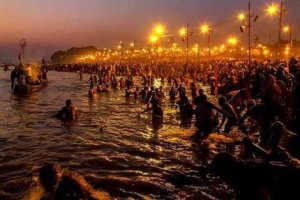 Visitors along with saints, sadhus, ascetics, aspirant-kalpavasis summon up at the congregation. The festival is held at Allahabad, Haridwar, Ujjain, and Nashik every four years by rotation. So every region gets a chance to host Kumbh Mela after every 12 years! All the important invites which include the Saints with their respective seniority are allotted akhadas and ashrams for the stay. Various religious organizations initiate such services and the devotees are offered alms or tents in the open spaces which have the necessary facilities. 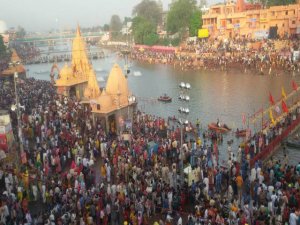 This huge event analyses and includes the science of astronomy, astrology, spirituality, ritualistic traditions and social and cultural customs and practices, making it extremely rich in knowledge. Hence the exact dates are calculated according to a combination of zodiac positions of Jupiter, the Sun, and the Moon. Knowledge related to the tradition is passed referring to the ancient manuscripts, oral traditions, historical texts produced by ancient historians.

The Mela creates opportunities such as approximately 650,000 jobs and was estimated to earn around more than Rs 35,000 crore in the recent gathering! The major attraction and ritual of the festival are bathing at the banks of the river in whichever town Kumbh Mela being held: Ganga in Haridwar, the Godavari in Nasik, Kshipra in Ujjain and Sangam (confluence of Ganga, Yamuna, and mythical Saraswati) in Allahabad. 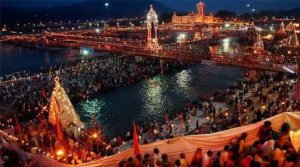 Allahabad: which is a holy city for the Hindu devotees which is believed to be the spot where Lord Brahma first offered his sacrifice after the creation of the earth.
Haridwar: the Gateway to Lord Vishnu is a holy city for Hindu devotees. The Ganga River flows through the land of Haridwar.
Ujjain: The City of Temples situated along the Kshipra River gets most of its religious importance from Shri Mahakaleshwar temple.
Nashik: Situated on the banks of river Godavari, Nashik is a city that holds a lot of cultural and religious importance for Hindus.

So these 4 crucial destinations play an important role during the gathering as they get the non-comparable auspicious opportunity to host this ‘festival’! Due to digitally advanced technology, Kumbh Mela was also benefited to provide better services to people. The next Mela shall occur in the year 2019 which will surely have much more advanced inventions to serve millions.