Are you looking for IKAT : Handloom of odisha then check out this post to know more. Of all the arts and crafts in India, hand-woven textiles are probably the oldest and most widely recognized. Providing direct and indirect employment to more than 30 lakh weavers, handloom industry is the second largest economic activity in India next only to agriculture.

Textiles are cultural artifacts that reflect social histories of the places where they originate. Especially in the Indian subcontinent, the vast range of textile has contibuted lot to colour and charm varying from place to place, with its own history and fashion. 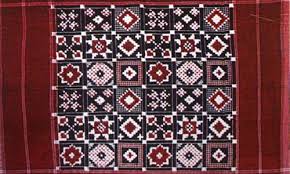 One of the hand loom techniques belongs to odisha, called IKAT. Ikat is one of the most ancient techniques of dyeing fabrics , the textile art wherein patterns are created by resist dyeing cotton and/or silk yarn before they are woven. The term “Ikat” itself is a derivation from the Malay word mengikat which means to tie or to bind, tests the skills of two sets of craftsmen — tie-dye experts and weavers , and hence the masterpiece is created.

HISTORY: Ikat is well known in India, Japan, and Indonesia and even more, its history dates back to 16th century when vaishnav cult was flourishing, a group of weavers from Bengal migrated to Orissa with Chaitnya Prabhu. This resulted in blending of Bengal weaving with patterns from Odisha, creating a beautiful combination of textures and drapery styles.

This brought a new dimension to textile techniques of Bengal.  Today, Jagatsingpur districtin the eastern belt is the only place in Orissa where weavers are still engaged in weaving excellent quality of single count cotton fabrics called ‘Suta luga’ (cotton weaves), celebrating eight hundred years of weaving tradition kept alive by the devotees of Chaitnya prabhu.

Patterns used in IKAT: There are many patterns in ikat, ranging from simple symmetrical motifs to geometric shapes to abstract zoomorphics. Ikat can be categorised into three sub-techniques, 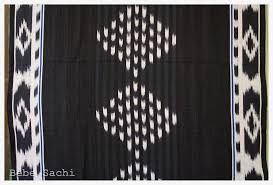 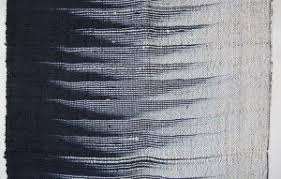 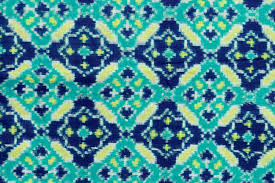 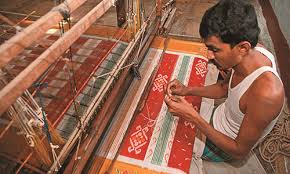 WEAVERS OF IKAT: The process of ikat dyeing and weaving continues to occur at home, and the craft is practised by all members of the family having been taught to each new generation. The Bhulia Meher and Gandia-Patra castes dominate ikat weaving in Odisha (Orissa).

Individuals such as Radhashyam Meher, Kunja Bihari Meher, Chaturbhuja Meher and Krutartha Acharya, who are some of the most skilled and respected ikat artisans, are credited with perpetuating the survival of craft in the state. Today’s main hubs of ikat production in the Odisha (Orissa) are Sambalpur, Bargarh and the districts of Sonepur and Boudh.. Gujarat, where double ikat known as Patan Patola is prominent, the Salvi community are pioneers of this textile art form, and have been for centuries. 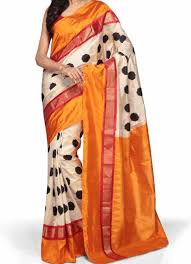 Ikat is one of India’s oldest forms of textile crafts. Today, government and non-government organizations and cluster developments ensure the continued livelihood of the traditions of both the craft and its artisans. The techniques of ikat continue to be employed by Indian fashion designers with the help of master artisans. All forms of ikat has its own global appeal which take over the opinion of the buyer. All over today it has been the style statement of many designers . also Ikat prints have been integrated in the production of handbags and footwear.