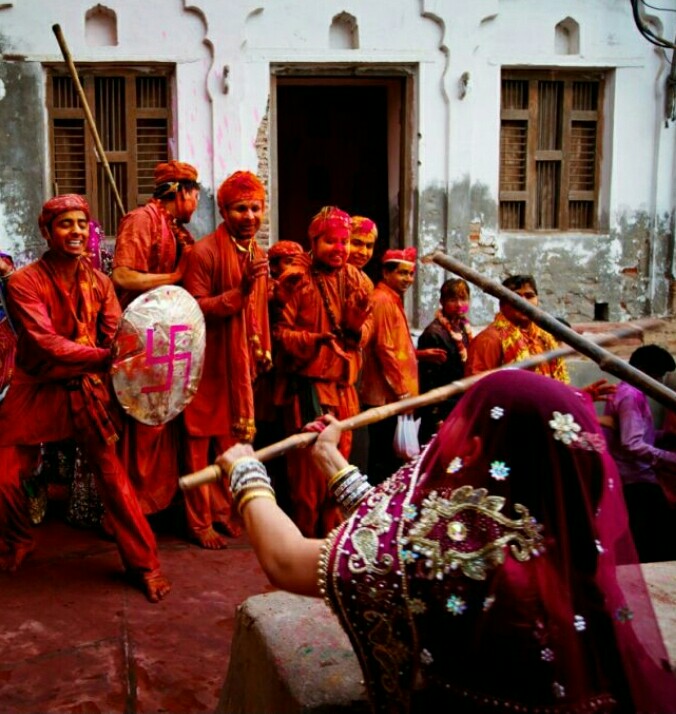 India is a country of numerous festivals. Among all these festivals, Holi is one of the most popular festivals. In different parts of India Holi is celebrated in different ways.

Lathmar Holi is a form of Holi celebrated in India. The name specifying itself, holi which is played using sticks.It is celebrated in neighboring areas of Barsana, and Mathura in Uttar Pradesh. Many people from different states of the country and out of country assemble there to watch the festival and take part in it. 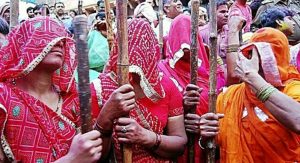 According to legends, Lord Krishna went to visit his dearest Radha in her town (Barsana) on this day. And he used to playfully tease her and her friends, taking offense of his action they used to remove him out of Barsana.

Following the legends the men from the neighboring places come to these towns every year, to be greeted by the sticks of the women there. Women aim their sticks at the men, who try to shield themselves as much as possible. 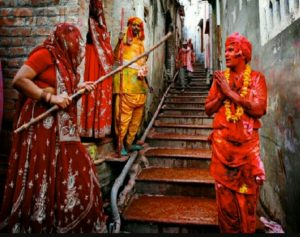 Lathmar Holi festivities last I have a week. People enjoy themselves by singing, dancing, playing and occasionally with glasses of thandai (with or without bhang). Overall this festival is adventurous, colorful and fun.