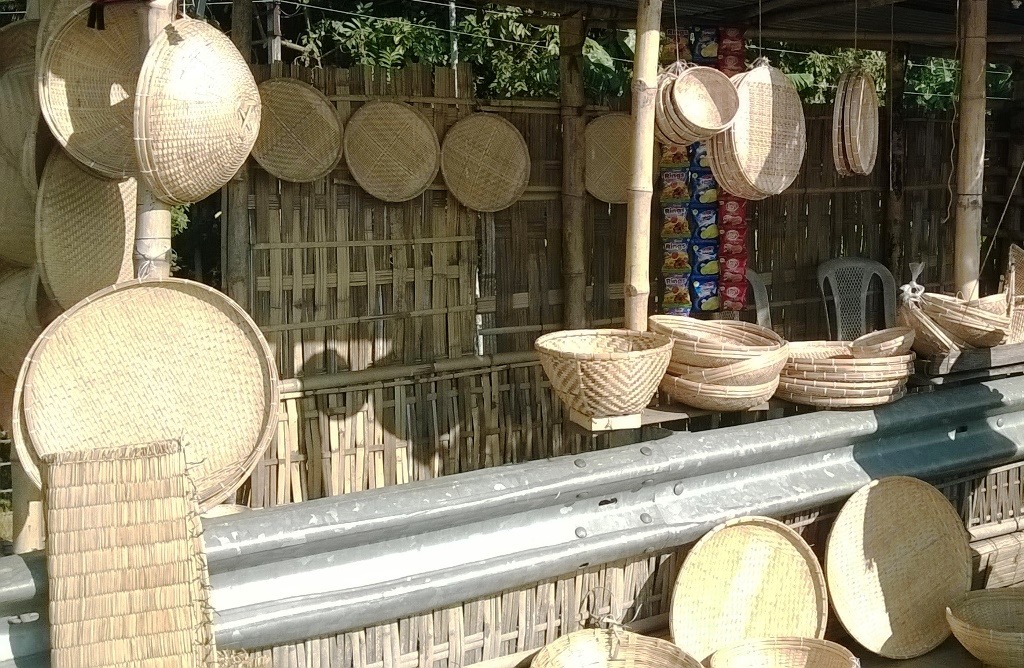 Are you looking for Bamboo Products then check out this post to know more. Assam is a state in northeastern India, south of the eastern Himalayas along the Brahmaputra and Barak River valleys. Assam is known for Assam tea and Assam silk. The first oil well in Asia was drilled here.

The state has conserved the one-horned Indian rhinoceros from near extinction, along with the wild water buffalo, pygmy hog, tiger and various species of Asiatic birds. It provides one of the last wild habitats for the Asian elephant. The Assamese economy is aided by wildlife tourism to Kaziranga National Park and Manas National Park which are World Heritage Sites.

Sal tree forests are found in the state which, because of abundant rainfall, looks green all year round. Assam receives more rainfall compared to most parts of India. This rain feeds the Brahmaputra River, whose tributaries and oxbow lakes provide the region with a hydro-geomorphic environment. 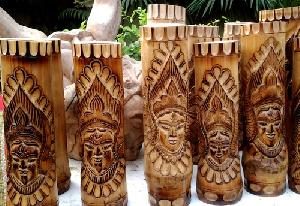 Assam covers an area of 8,438 km. The recorded forest area of Assam is 26,832 sq. km accounting for 34.21% of its geographical area. According to their legal status, Reserved Forests constitute 66.58% and Unclassed Forests 33.42% of the total forest area.

Assam has many types of forests and trees, but the most commonly used trees are cans and bamboos. Bamboos and canes are used to make so many products used by the people in their daily lives.  These are light in weight and have their own style and elegance. They are having more lifetime and far better the wood. 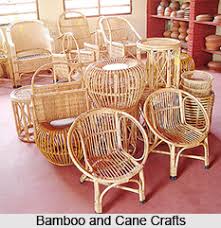 The most commonly used types of bamboo are

Apart from forests, bamboo is also plentiful in the villages throughout the State. Even though Assam has been traditionally rich in bamboo, bamboo craft from Assam do not figure prominently in the handicraft market of India and Assam’s share in the export trade is negligible 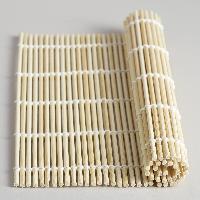 Bamboo mats of various types are made for commercial purposes in the districts of Nowgong, Darrang and cachar.They are locally called as dhara,jhara and darma.In the cachar district bamboo slips are used for making mats and while in darrag and nowgong dried stalks of various kinds of marshy plants and weeds are used.

Bamboo and leaf headgear is the most indispensable item of the open-air workers. Such ordinary headgears are produced throughout the State. ‘Chhatas’ on the commercial basis is largely produced in some villages (e. g. Rangpur, Chinipatan, etc.) of Cachar district and supplied mainly to neighboring tea-gardens and some parts of Nowgong district. The products are generally carried on shoulder loads to the nearby ‘hats’ and sold to consumers in retail or to middlemen in bulk. 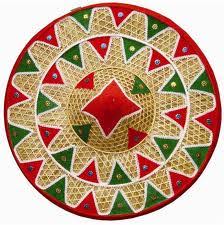 Many varieties of ‘Japis’ such as ‘halua japi’, ‘pitha japi’, ‘sorudoiya japi’, ‘bordoiya japi’, ‘cap japi’, etc. are produced in the districts of Kamrup, Nowgong, Darrang, Sibsagar, and Lakhimpur. Nalbari and its neighboring villages (such as Kamarkuchi, Mughkuchi, etc.) of Kamrup district deserve special mention in respect of manufacturing of ‘fulam japis’ (decorated bamboo umbrellas).

In olden days, this particular type of ‘japis’ served as headgears for the females of noble and rich families, but now it has become outdated. Productions of ‘fulam japis’ are now only intended to serve as items of drawing-room decorations.

A japi is more advantageous to the cultivators and other open-air workers than the conventional umbrella because the cultivator after putting it on can tie the strings around his chin leaving his hands free to work in any position-standing, squatting or stooping. ‘Japi’ can also be called a poor man’s umbrella, because of its cheap price. 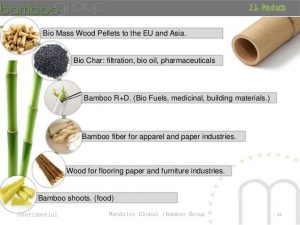 a) By heating bamboo and applying on a tooth, toothache can be relived.

b) The ash clump is used for removing dandruff.

c) Body pains can be decreased by sleeping on a bamboo bed.

d) White part of the mew bamboo leaf is to be taken on empty stomach early in the morning, which helps to control hypertension

Other bamboo products are

As the main raw material for the industry is cane and bamboo, high investment is not required. The government of Assam is also trying to popularise the art and products. This helped the people to start small-scale industries providing more employment.