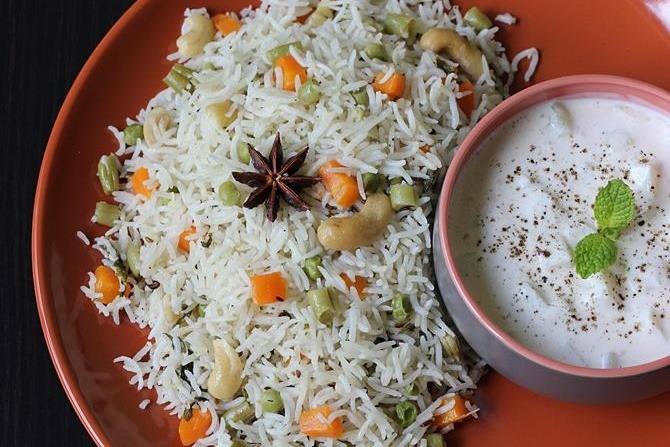 “Food is our common ground, a universal experience.”
–  James Beard
This quote speaks to the theme of the article. phulkari pulao is very tasty. In an era where every new day is a new trend and brings a new definition to almost everything…it’s hard to preserve the fondness of the classic stuff. Before it’s too late, the ethnic recipes need to be revived.‘Phulkari pulao’ unfortunately falls under such a category. 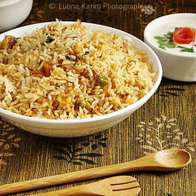 Tracing its origin to the colorful state of Punjab, the dish was first prepared in the 19th century. That was the time when Biriyani hadn’t replaced the traditional pulao. This recipe is special because of its extraordinary ingredients. The pulao is made with rich four different varieties of rice in a fixed proportion.
Prepared with the hand churned ‘ghee’ and the most exotic spices like saffron and poppy seeds make it rich. Resembling the ‘phulkari’ art, the pulao is filled with various colors as if speaking for the several traditions in the different cities of Punjab.
It isn’t made on the steel utensil rather the mud cookware or the ‘Haandi’ is the place where this authenticity is prepared. Cooked for about half a day, the savory speaks for itself. Garnished with the mint leaves, the fragrance leaves the mouth drooling. 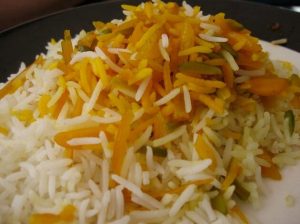 It is served either with Chicken Curry or the famous Maaki Dal. But it’s rather unfortunate that a credible delicacy like this one has to tussle its place to the top. It’s on the people to gather the old taste in this new world of international cuisines.
Share this
0 likes
Related Articles
0 Comments