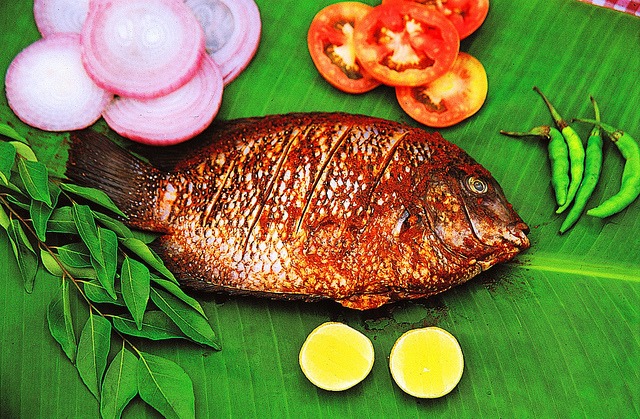 “God’s own country“- Whenever someone comes across this phrase it’s not tough to guess that Kerala is being talked about. Kerala, historically known as Keralam, is the southernmost state of India along the Malabar coast with its origin dating back to the tenth century. Legends associated with its origin proclaim that Parsurama – an avatar of Vishnu threw his axe into the water during a war that led to the formation of the state. Kerala is a state of diverse culture and tradition which are displayed in various forms of art, dance, and ritual including kalayaripattu – a fight performed in the form of art, kathakali, Mohiniyattam, Koodiyattom to be named a few among a plateful of cultural offerings.

Blessed with a 36,000 sq. km marine water stretch and 3600 sq.km inland water bodies, Kerala ranks as the largest fish landing state of peninsular India. This attributes to the importance of seafood in Kerala cuisine. In fact, it is so popular that any meal without a seafood is considered to be incomplete. 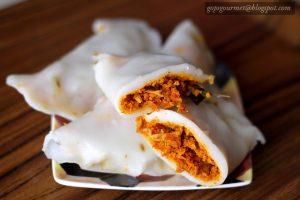 Some popular varieties of fish consumed include squid, shrimp, cuttlefish, oil sardines (mathi chala), mackerel (ayila), prawn (chemmeen), silver bellies (mullans), tuna, rays, and shark. Even crabs, mussels and oysters comprise popular seafood items. Mussels are the all-time favorite seafood in Kerala. Being the “land of spices“, Kerala creates an amalgam of all spices to add wonders to their cuisine. Some of the commonly used condiments are- 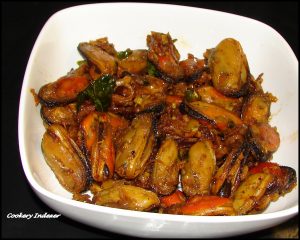 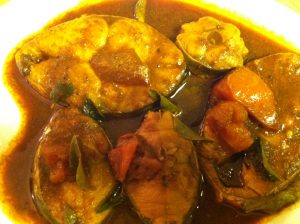 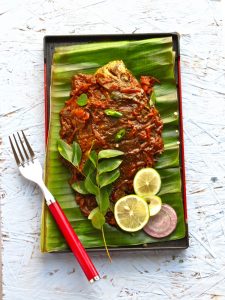 Other delicacies include Spiced Kingfish and Jumbo Prawns with a dash of lemon juice along with calamari rings on the side with a vegetable platter. Some unique preparation of lobster and scampi are also worth trying. The Malabar cuisine also includes “pathiri”- a pancake made of rice flour along with fish on the side is a very popular dish. It is locally known as “meen pathiri” which translates to steamed rice flour pie with fish.