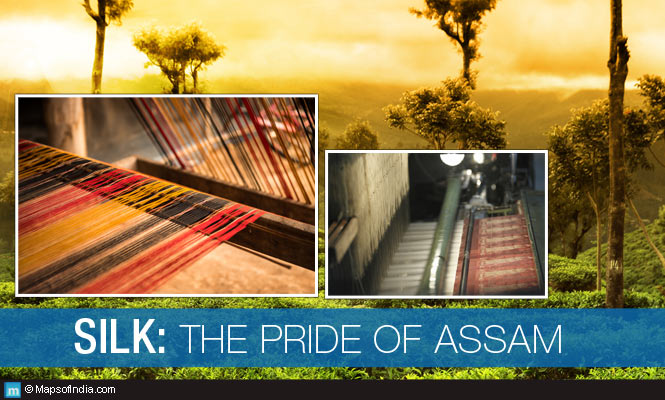 I know most of you would be giving this post a miss and would scroll down to the bottom to find the conclusion. Let me just ease your work. For all you TLDR; people out there, let me tell you that Muga silk is the best that you can buy out if you got enough cash.

Now, let head to the more conventional and detail post.

We are who we are, and we love to celebrate every occasion in the grandest of way. Be it someone’s marriage, a festival or some private occasions, we never miss a chance to show the best of us and silk being on top of the pile for more traditional yet fashionable fabrics out there, becomes kind of usual in that case. But silk, being silk, how do you find what silk it is? I know most of you might even be thinking that its silk, fabric that’s just lustrous. But there are three kinds of silks out there The Muga, Eri and Pat and Assam is a pioneer in producing these in India. So, let us explore each one of them serially.

This is one of the best Silk available and its significance to India and in particular to Assam can be figured out from the GI(Geographical Indication) status given to it. The Muga silk derives its name from the yellowish golden it has. The silk board has the authority to inspect the silks being produced and sold to customers in order to maintain is stature and quality and avoid any descripancies. 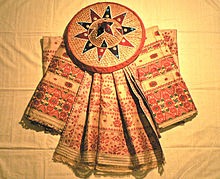 Muga silk is very strong and retains its golden color for long. It even outlived the wearer which shows how lasting it is and can be a perfect gift to pass on to the next generation(the one you see in daily soaps ;).

The origin of these silks are unknown. However, in India, the Garo community is famous for making this. To weave a saree, it requires 1000g of silk and 1000 cocoons can only generate as much as 125g of them. The complete production takes about 2 months to complete. The color of this silk enhances with time as it grows old.

But, all this comes at a cost. Simply take, this is the most expensive silk that you can get and the features of this make it worth. The price paid for this fabric makes it a priced possession for the middle-class families. The muga silk is widely used in Japan too to make kimonos. However, another downside of this is that it crumbles without ironing and the inability to retain any other colour makes it less versatile to be used. 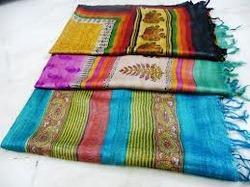 Next in line is Eri silk. It is also known as Peace silk as the worm is allowed to metamorphosis than killed for obtaining silk. The worms feed on castor leaves, which unlike, the mulberry tree which requires a larger footprint, require much less area for cultivation and also less water requirement. This feature makes it possible to be even cultivated in drought-prone areas too. Much like any other silk out there, this is also white, yellowish white and its versatility allows it to be made in any manner as per the requirement. However, they are mostly used to make shawls or jackets due to its extra thickness. They can also be transformed into many colors, unlike Muga.

Eri is not as expensive as Muga and more versatile if you want it to use it for different purposes. Being easy to cultivate also makes it easily accessible to different parts of the country as they can be grown there too.

If you need good cushion covers or winter wears made of silk, then Eri silk the best option to go with. Their availability and within reach price makes it very accessible to the larger audience.

Last but not the least is the Pat silk. It is bright white to off-white in colour. This can even be dried in shadow which is great considering the amount of rain that is received in the northeastern part of India. They are known for its durability and glossy texture and are used in a variety of textiles like chadar or mekhala. 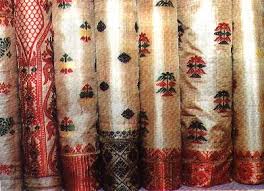 These are produced by the well-known silkworms feeding on mulberry leaves. They need a group to be reproduced and if left alone they tend to stop feeding and eventually die. They are produced in many parts of the country like Karnataka, Andhra Pradesh etc. In Assam, the Mulberry Silk Worm culture is practiced on a large scale in the districts of Upper Assam, like Lakhimpur, Sibsagar, Dibrugarh and Jorhat districts etc. Approximately 40,000 families of the state are engaged in the production of Mulberry Silk.

The most famous things made of this fiber are saree and chadars. However, competition from various other parts are increasing immensely and the craftsmen from Assam need to tackle them

The increase in utilization of synthetic and cheap fibers have thrown a challenge to the industry. However, the best will always be best, you just need to make people realize it. The Government also needs to support these industries and provide more techniques and developments so that the efficiency and productivity can be increased.

Now, it is up to you to decide which one you are going with?