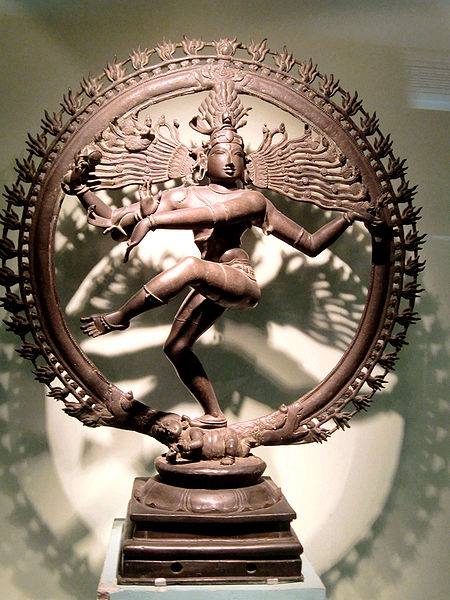 Emperors that have reigned India have left their presence in the form of temples, mosques, forts and antique pieces of art. Time again we are reminded of their history when we look at a sculpture that reflects the make of the era long gone by. The Chola Empire constantly worked on doctoring the form of art and architecture left to them by the Dravidians.

The period of the Cholas burgeoned in the arena of bronze art. The South Indian craft is greatly influenced by bronzes. Sculptures of Natraja, Lord Krishna, Radha and many other gods and goddesses are carved in this sturdy alloy. Museums all over the world proudly display this primarily Hindu iconography that is potent enough to grasp attention for a couple of seconds.

Bronze art is arrived at using the ‘lost-wax’ process, termed as cire perdue in French. The process involves uncompromising and constant hard work that is divided into sub-processes. A model is initially created out of wax, or an oil based clay that is easily mouldable and retains its malleability. Wax stems are inserted into some areas of strategic importance and then the entire model baked in order to melt off the wax. Before baking, the model is enveloped in clay, and this results in leaving a hollow model casted in clay. Molten bronze is now poured into the cavity and allowed to cool down. Once the bronze cools down and assumes its sturdiness, the clay is broken off. The areas where the wax stems were earlier placed are by now taken by the cooled down molten bronze and are therefore filed off.

These statues as already stated depict gods and goddesses exhibiting some timeless saga that has been transferred through generations on a stretch. Religious notions and beliefs in India keep up with the contemporary times. By the 10th century A.D. the followers of Hinduism realised that the deities should be included in the religious processions and should thus be of a size that is easily movable from a place to the other. They were generally mounted on to poles or rods which would bear the weight of the idol and at the same time provide it mobility. Thus, the origin of inclusion of these images in processions and festivals started taking place. With the advent of time, the size started to decrease and they became a household image that adorned almost every Indian home.

The mould that is used to fill in the molten wax is broken off every time, and there is thus no chance of duplication. Each of the sculpture is unique in its own way, and the symmetry that is exhibited is again the outcome of tedious work brimming up with measurements based on the old Indian Manuscripts. Poompuhar values this endless work that goes into making each piece of bronze art and the importance of the viability of this art. We have therefore worked to promote this style of art at various levels for over 40 years, and helped this age old art which bloomed during the 10th Century Chola empire prosper in our modern world. We host exhibitions and workshops time and again to bring recognition and appreciation to this divine art.