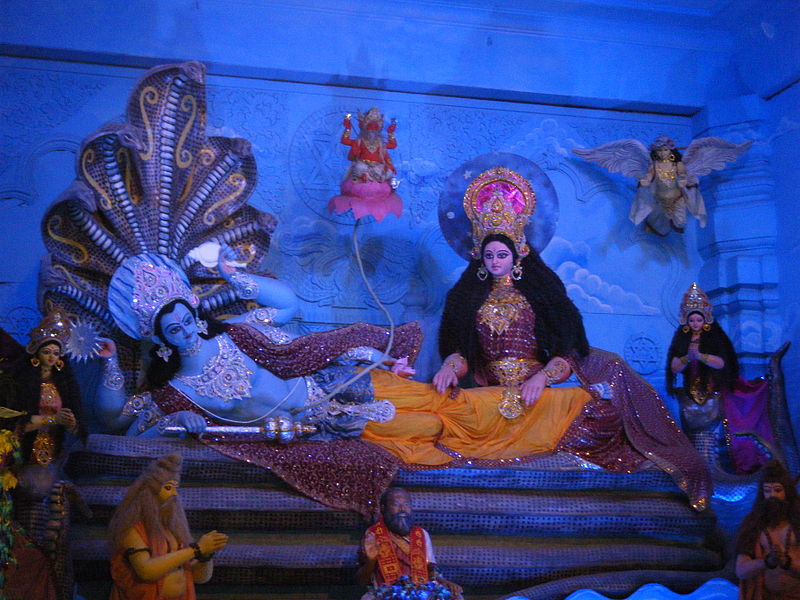 Tamil Nadu is the state where many festivals are celebrated. One of these festivals is Vaikunta Ekadashi.

It occurs during the Pausha month of the Hindu calendar, which falls between the end of December and January. It is believed that on this day the gateway of Lord Vishnu’s inner Sanctum is opened for the devotees to attain Vaikuntha i.e. the Heaven. It is also believed that devotees who worship on this day would be pardoned for their sins.

Vaikuntha Ekadashi is the day which is dedicated to Lord Vishnu. It is obligatory to fast on this day as it is considered to be very auspicious. On this day, in the Vishnu Temples all over the world, Yagnas, special prayers, speeches and discussions are organized. Devotees meditate and chant Lord Vishnu’s name the whole day and they also stay awake the whole night and visit Vishnu temples as the doors of Heaven are believed to be kept open. As per the legend in the Padma Purana, the Devas were saved from the oppression of a demon named Muran, by the female energy of Lord Vishnu, who killed him. Vishnu was impressed and named her ‘Ekadashi’ and gave her the boon that whoever worshipped her on the day of her victory over Muran, will be able to reach Vaikunth, His dwelling. A door look like structure is put up in the Temples for the followers to pass through, to represent Vaikunth Dwar.The consumption of rice is prohibited on the Ekadashi days as it is believed that the demon Mura dwells in them if eaten in those days.

This festival is of great importance in the Tirupati Balaji Temple, the Srirangam Sri Ranganathan Temple and at the Bhadrachalam Temple.

This festival signifies that the feelings of envy, obsession, apathy, arrogance, etc. in humans should be overpowered so as to attain purity of mind and soul and hence, moksha. That is why fasting is obligatory on this day, because fasting enables people to keep their emotions in control which can be triggered by consuming certain kinds of food. This year, this auspicious day is to fall on December 21.